Home Health and Wellness Fitness Metabolism and the Circadian Clock: A Formula for Fat Loss? 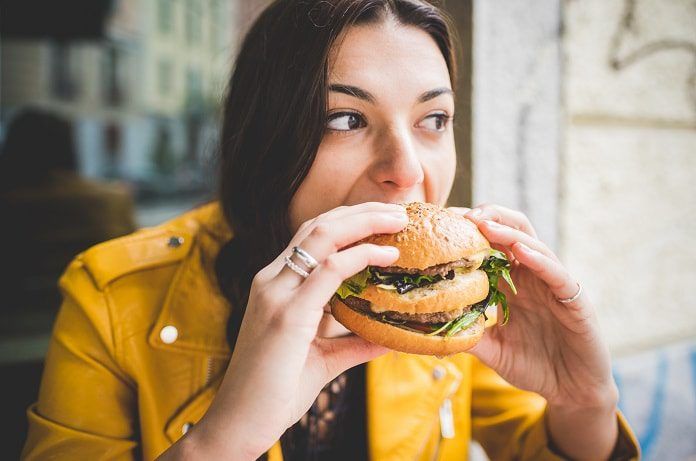 Published in the British Journal of Nutrition, a recent study explored the relationship between restricted eating and metabolism.

The circadian clock, often referred to as our internal clock, is a biochemical oscillator that is mainly controlled by the suprachiasmatic nucleus (SCN) located in the brain’s hypothalamus. With the help of environmental cues, mainly that of daylight and darkness, the clock oscillates with a 24-hour long period, allowing organisms to adapt their biology and behavior to coincide with the day-night cycle. However, the circadian clock does not only determine sleeping patterns: it can also control our body temperature, heart rate, as well as the hormone release. Most prominently though, the relationship between metabolism and the circadian clock, together shown to be interconnected on multiple levels, is crucial for maintaining metabolic homeostasis. It should be noted that across all mammals, the circadian regulation of energy intake—or rather, feeding behaviors—is universal. For centuries, humans have thrived eating primarily during the daytime and fasting at night; however, coinciding with the inception of electricity, humans have been eating at higher frequencies, as well as later into the night, resulting in disruption of our natural circadian rhythms.

Published in the British Journal of Nutrition, a recent study employed a feeding protocol that restricted eating to a two-hour timeframe during the day. A change was observed in the coordination between the SCN and the rhythmicities of nearby oscillators, resulting in the expression of an alternative circadian clock known as the food-entrained oscillator (FEO). It was found that the activity of this new oscillator involves a dynamic mutual interaction between metabolism and the circadian clock within various tissues and organs. Most notably, it was found that restricted access to food modified liver metabolism. This was manifested in food-anticipatory behaviors such as elevated levels of ketone bodies and free fatty acids prior to mealtime, as well as overall activation of fatty acid oxidation and increased levels of cholesterol.

To ensure homogeneity among experimental groups, albino male Wistar rats were maintained in a cycle consisting of 12 hours of light, followed by 12 hours of darkness—all at a constant temperature. Because the circadian clock runs on a 24-hour timescale, behavioral and experimental data was collected every three hours to ensure well-defined and temporally accurate results. Of the sixty-four rats, each was assigned at random to one of two feeding protocols: the control group had free access to food and water at all times, whereas the daytime restricted feeding group only had access to food every day for two hours, starting at noon. The respective protocols were carried out for three weeks and afterwards, blood and liver samples were taken for metabolite and protein analysis. The rate of fatty acid oxidation was also analyzed by measuring the oxidation of radioactive palmitic acid. Data were grouped by experimental group and time, and statistical analyses followed. It was found that in the daytime restricted feeding group, an elevated of ketone bodies was found just prior to mealtime. This signified active ketogenesis—the very goal of many low-carb and fasting diets followed by athletes and celebrities— a process during which fat, rather than carbohydrates, is used as the main fuel for energy. Even following mealtime, ketone bodies were still elevated in the daytime restricted feeding group, meaning that the rats were still in fat burning mode even after having just eaten. This was further supported by the 32% increase of carbon dioxide production—a by-product of fat breakdown—in the restricted feeding group, as well as the observed upregulation of corresponding activating genes. Despite the enhanced fatty acid breakdown mechanisms, it should be noted that a parallel elevation of LDL, the often unfairly labeled “bad cholesterol,” was also observed. The researchers remind us though that changes in serum lipoproteins should not always be associated with disease, quoting that pregnant women show increased serum lipid content, but lower cardiac risk factor.

In all, this study concludes that that daytime restrictive feeding results in a change in lipid handling, regulation, and metabolism; this ultimately leads to the expression of the food-entrained oscillator, an alternative circadian clock, which mediates hormone and behavioral changes temporally in response or preparation for food. While further studies are needed to understand the physiological consequences of lipid metabolism stemming restricted feeding schedules and the expression of the food-entrained oscillator, the results of this study are promising: the observed enhanced fasting response in the liver is representative of the interconnected nature of metabolism and the circadian clock—and perhaps, of the way they can be harnessed to reach our own fat loss goals.