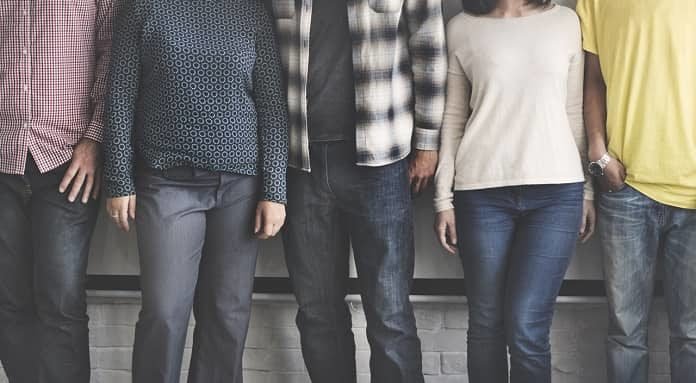 Scottish researchers looked at data over the past 25 years to determine whether the perception of being overweight has had more or less of an impact on psychological and mental health over time.

Adolescence is a time of great physical and emotional changes, which can lead to an increased attention to physical appearance and a high rate of comparison with peers.  Studies have consistently shown that adolescents care deeply about their perceived appearance and that they have a strong tendency to over- or underestimate their weight.

Approximately 10% of adolescent females are medically characterized as overweight or obese, yet as many as 40% perceive themselves to be overweight.  Conversely, as many as 20% of healthy weight adolescent boys perceive themselves to be underweight.  Negative body image perceptions have been shown to have a negative effect on mental health outcomes such as low self-esteem, depression, and anxiety.  This perception, while being detrimental itself, also leads to maladaptive coping strategies such as smoking or binge/purge cycles.

Obesity levels are growing worldwide and educational campaigns and other programs have been established to attempt to counter the epidemic.  These strategies, however, may have an unintended stigmatizing effect on overweight individuals.

A recent study published in the International Journal of Public Health compares trends across different weight-perception groups. The researchers examined whether any changes may be contributing to the observed worsening of Scottish adolescents’ happiness, confidence, and psychological health symptoms.

The researchers used data collected on Scottish adolescents between the ages of 11, 13, and 15 years old by the Health Behaviour in School-aged Children (HBSC) study between 1990 and 2014.  This study was cross-sectional in design and can be used to assess trends over time.

An average of 6000 students completed a paper-based survey in a school setting every four years.   The students were asked questions to report if their appearance was “Much too thin”, “A bit too thin”, “About the right size”, “A bit too fat”, “Much too fat”, or “I don’t think about it”.  They calculated body mass index from self-reported height and weight.  Beginning in 1994, students were asked to rate how often they felt confident in themselves, how happy they were, and other mental health indicators.

They were asked questions such as:“In general, how do you feel about your life at present?”, with four response options like “I’m not happy at all”, “I don’t feel very happy”, “I feel quite happy”, and “I feel very happy”.

From 1994 onwards, pupils also reported the frequency of health symptoms such as nervousness, sleep difficulties,  and stomach aches among others. They answered how often they experienced these symptoms by choosing one of the options: “About every day”, “More than once a week”, “About every week”, “About every month”, and “Rarely or never”.

This study has shown that, while there has been little change over time in the proportion of children who perceive themselves as overweight, this perception has a greater negative impact on their physical and mental health now than it did 25 years ago.  This effect may also be self-fulfilling as adolescents who experience overweight perception and mental health symptoms are less likely to engage in healthy activities.

This finding may have a great impact on public health strategies by demonstrating that the focus on weight-related issues may be exacerbating, rather than ameliorating the problem.  Adolescence is an important time of identity formation. Thus, it is crucial to support these children and their mental and emotional well-being as they transition into adulthood.

The authors encourage further research into factors that may mediate or moderate the effect of weight perception on mental health such as digital media use, physical activity, bullying, and cultural impacts in order to shape future intervention efforts.