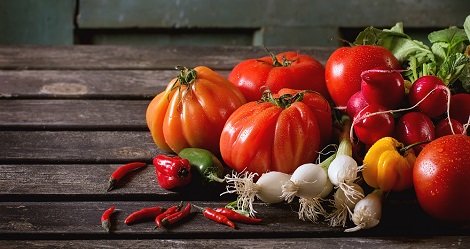 Researchers have designed a systematic review to compare the beneficial effects of different diets, which showed that the Mediterranean diet was more effective than a low-fat diet for weight loss at ≥12 months but had produced similar results to other comparative diets

With summer just around the corner, more and more people look to natural or commercial diets to lose weight rapidly; but for morbidly obese individuals, weight loss is absolutely essential, since high levels of obesity put them at risk of drastic health complications. This includes, but is not limited to, high blood pressure, increased levels of cholesterol, and type 2 diabetes.

As published in The American Journal of Medicine, researchers from McGill University have designed a systematic review of randomized controlled trials (RCTs) to examine the effects of the Mediterranean diet on weight loss and other cardiovascular risk factors including glycemic control, lipid levels, and blood pressure.

The Mediterranean diet dates back to early to mid-20th century as first identified by the Seven Countries Study, where communities in the Mediterranean region had exhibited reduced rates of cardiovascular disease and its associated mortality. The diet consisted of the following:

Other studies have suggested that the diet is related to a reduced risk of developing metabolic conditions that can lead to heart disease, increased levels of biomarkers linked to healthy aging, as well as a reduced risk of mortality of over 20 years. Although the long-term benefits of the Mediterranean diet are apparent, its effectiveness towards weight loss for obese or overweight individuals at 12 months and longer has not been thoroughly studied.

Randomized controlled trial (RCT) is a type of study design where individuals are randomly assigned by chance to receive a certain clinical treatment. RCTs aim to reduce bias and are often used to evaluate the efficacy of a treatment or intervention. The team of researchers at McGill University had searched through databases including MEDLINE, EMBASE, and the Cochrane Library of Clinical Trials to find RCTs that focused on the weight loss effect of the Mediterranean diet for 12 months and more. RCTs that examined the reduction in cardiovascular risk in overweight or obese adults were also included. Of the RCTs found, only five were included in the final review. On average, the participants were 44 to 67 years old and were borderline obese or obese. However, because of the diversity in other participant characteristics, the researchers were unable to combine the data. The 5 included RCTs involved randomly allocating participants to either a Mediterranean diet, a low-fat diet, a low-carbohydrate diet, or to the American Diabetes Association diet. Data extraction and quality assessment of included trials were carried out by two independent reviewers, with conflicts rectified by consensus. Outcome data were obtained at 6 months and 12 months, as well as in intervals of 6 months afterwards up to 48 months. The review also utilized sustained weight loss (mean weight change in kilograms or as mean percentage of change) as the primary endpoint and a variety of other factors such as body mass index (BMI) changes, waist circumference, and lipid levels as secondary endpoints.

Through this study, researchers concluded that the Mediterranean diet was more effective than a low-fat diet at reducing body weight and BMI, but had produced similar results as the others in comparison. The Mediterranean diet was also shown to significantly improve glycemic control, or the typical amount of blood sugar in individuals with type 2 diabetes, who had exhibited substantial reductions in fasting glucose levels than other diets at ≥12 months. Changes in lipoprotein cholesterol levels were also comparable across the diets; however, the Mediterranean diet produced greater decreases in triglyceride levels. Blood pressure was also shown in 3 of 5 RCTs to respond similarly to all diets.

These findings are consistent with literature describing past studies, which altogether proposes that there is no paragon of a diet to attain sustained weight loss. The similar effects of the compared diets demonstrate that there is no ideal dietary pattern of macronutrient consumptions for achieving weight loss. Instead, a strategy referred to as a “3-stepped intensification of care approach” was recommended, comprising of: combined diet with physical activity, simultaneous use of weight loss drugs, and finally bariatric surgery for extreme cases. Provided that soaring obesity rates are especially problematic in North America, the findings from this study are of critical public health importance.