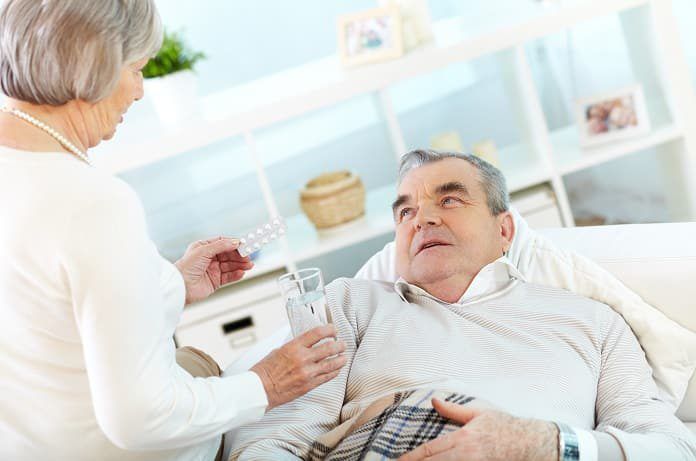 Medication administration and management is a real problem in patients suffering from medical conditions associated with cognitive deficits. A recent study examined the experience of family members as they help take care of elder family members with Alzheimer’s disease.

A recent study, published in Social Science & Medicine, provides new insight into how family members experience their role in medication administration. They studied  15 Latino individuals that were providing care to elder family members with Alzheimer’s disease and conducted four-wave in-depth interviews, over a study period of two and a half years. The interviews were conducted approximately six months apart and aimed to understand the family members’ experiences as a proxy-administrator. By the end of the study, full-medication regimen takeover was reported by thirteen of the fifteen participants.

The first stage, management takeover, begins as a form of distant supervision with regular encouragement, reminders, and regular check-ins to monitor medication use. However, with progressive cognitive decline, participants eventually become more involved and begin organizing and supplying medication on the patient’s behalf, known as regimen modification. As cognitive function worsens and causes elder’s error or near errors, family members resort to a full takeover of regimen and medication administration and management to prevent self-harm and misuse of medication.

The second stage of regimen modifications, appears to be largely motivated by the family member’s attempt to maintain household order and limit elder’s fits of agitation, hallucinations, and/or late-night sleeplessness. Family members make decisions on medication use by weighing the benefits versus risks and attempting to control elder behaviours to cause minimal disruption to daily life. On occasion, such decisions can lead to disagreements and conflict between family members themselves. Nonetheless, proxy-administrators seek to maintain household order and limit difficult behaviour via experimentation with different medications and their dosage.

The last stage, pill resistance, and countermeasures, involve elder’s resistance to management takeover and changes, as well as the family member’s attempts to countering this resistance. Elder’s resistance is sometimes a consequence of confusion, which stems from a misunderstanding of what medication is being taken and why. Resistance can also be a result of a mood and behaviours, where the elder feels that they do not need the medication being administered. Family members report countering elder resistance by either presenting them with severe consequences or by coercing them into taking their medications.

In conclusion, the study examines the role of proxy-administrators taking care of elder family members suffering from Alzheimer’s disease. Participants initially fall into the role to prevent medication errors but soon find themselves managing patient’s behaviour and mood by altering medication and dosage. Although this makes taking care of the patient easier, it does raise an interesting ethical dilemma: does the preservation of household order justify the use of behaviour-altering medication?

In the study, doctors were reported as being partners in establishing a regimen and management strategy that maintained household order. Future studies should investigate how doctors understand their relationship to family caregivers and should address what the doctor’s role should be in such given situations. It is important to note that the current study included a small number of participants that were of a single ethnic background, and therefore, generalizing the current findings to other populations may be inappropriate.