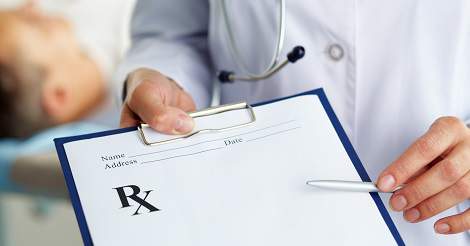 According to a new study published in the journal Health Affairs, legalization of medical marijuana in 17 American states and the District of Columbia had reduced the use of prescription drugs, suggesting a national saving of more than $165 million in 2013. The findings suggest that if medical marijuana was made legal nationwide, annual savings to the Medicare program could be about $468 million.

Over the past twenty years, legalization of medical marijuana has been one of the most debatable areas of state policy change. State reforms to policies regarding medical marijuana are restricted by the present categorization of marijuana as a Schedule I drug under the Controlled Substances Act. Under federal law, that status bans any sale of marijuana as the drug is defined to have no medical benefit, high potential for abuse, and major safety concerns. As of June 2016, in contradiction to federal law, twenty-four states and the District of Columbia have passed a medical marijuana law, legalizing the use of marijuana to treat certain health problems, even though doctors in these states can only recommend its use and not prescribe it. Found on lack of scientific evidence on its efficacy and safety, the drug has not been approved by the Food and Drug Administration (FDA) to treat health problems. But, the states that have legalized marijuana for such use have done so based on legislators and voters decisions.

There have been mixed findings from research on the effects of legalization of medical marijuana in many U.S. states; some suggest that medical marijuana legalization will increase addiction, criminal activity and the use of the drug for recreational purposes, while others show that marijuana is beneficial in treating a wide range of illnesses. Moreover, to the degree that doctors recommend the use of marijuana to their patients to control conditions that it can treat, based on clinical evidence, it would be expected for marijuana to be primarily a replacement for existing prescription medications (for patients who respond better to marijuana than to previous treatment or who did not respond to previous treatment).

Although the literature on the effect of medical marijuana laws is rapidly growing, knowledge is lacking about how these state health policies affect health care spending or clinical care. To fill this knowledge gap, a group of researchers examined how implementing state level medical marijuana laws affects the use of all prescription drugs paid for by the Medicare Part D program. The researchers analyzed data on all FDA approved prescription drugs paid for under Medicare Part D enrolees from 2010 to 2013. The researchers focused their analysis on medical conditions for which marijuana can serve as an alternative treatment, choosing nine categories in which the FDA approved at least one drug, including anxiety, depression, glaucoma (a condition caused by a build-up of eye pressure), nausea, pain, psychosis, seizures, sleep disorders and spasticity (a muscle control disorder). The researchers hypothesized that for most prescription drugs for which medical marijuana can serve as replacement, prescribing would decline.

The overall findings, published in Health Affairs, showed that when a medical marijuana law was implemented during the 3-year period, the use of prescription drugs for which marijuana could serve as an alternative under Medicare Part D fell significantly; more patients had turned to marijuana as an alternative to prescription medications. The only exceptions were for drugs for glaucoma and spasticity. The researchers determined that nationally, around $165.2 million less was spent in 2013 due to changed prescribing patterns influenced by 17 states and the District of Columbia (states that had legalized medical marijuana by then). Those savings would present about 0.5 % of total Medicare Part D spending for 2013. What is more, they calculated saving of around $468 million would result if all U.S. states had legalized medical marijuana in 2013.

The group also found evidence that, in certain instances, more people may be encouraged to seek treatment with legalization of medical marijuana. For example, when the researchers looked at prescription drug use for glaucoma they found it had increased by about 35 daily doses, while fewer prescriptions were written for the remaining categories (e.g., 1826 daily doses for pain and 265 for depression).The authors note that marijuana can reduce eye pressure by about 25 percent, though only for an hour or so. Since recommending marijuana use every hour is unrealistic, the researchers expected to see an increase in the prescription drug use for the condition — which they saw.

The researchers assert that the findings and present literature indicate that patients respond to medical marijuana legislation as there are clinical benefits to the drug and that people really are using it to treat their conditions, rather than only for recreation. They go on to say that widespread state approval of medical marijuana could provide budgetary reductions, during a time when Medicare is under increased fiscal pressure.

In conclusion, spending in Medicare Part D can be significantly affected by the availability of medical marijuana. As well, even though the researchers did not directly examine the effects on governmental programs other than Medicare—Medicaid, most importantly—finding significant cost savings for Medicare indicates that other programs might also be provided budgetary relief when medical marijuana laws are in effect. The researchers state that decreasing the costs of Medicare and other programs is not a big enough justification for supporting marijuana for medical use, a decision that is complicated and involves multiple dimensions. Still, these savings should be assessed when changes in marijuana policy are discussed.