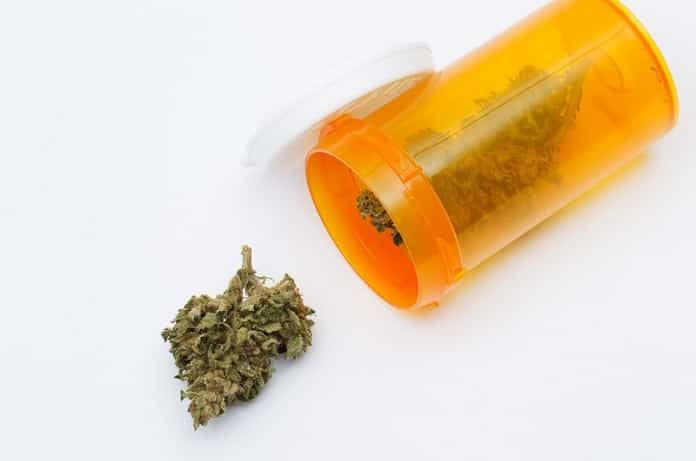 A new study investigates the link between medical marijuana laws and the number of prescriptions.

Marijuana, commonly known as cannabis due to its origin from the hemp plant cannabis sativa, has had a negative reputation due to its illicit use and known side effects on brain development. It is classified as a schedule 1 substance, meaning that it currently has “no medicinal uses” despite the growing evidence to suggest otherwise. The Drug Enforcement Association (DEA) maintain their stance that if marijuana is to obtain a different schedule then it must be proven that the drug does not cause harm and that it has undergone rigorous testing in clinical trials. However, within the last two decades the medicinal use of the drug has increased. Currently, twenty-eight out of the fifty states in America, as well as the District of Columbia, have legalised the use of medicinal marijuana for certain medical conditions. The medicinal application of marijuana was first recognised and subsequently legalised by California in 1996.

Fourteen states have legalized the growing of this plant by some patients and their caregivers within their own homes. Whilst other states, due to the fact that the process of growing marijuana can take a considerable amount of time and might not produce a truly viable plant; have allowed dispensaries to provide access to medicinal marijuana. The enacted marijuana laws demand that the patient must have a specified illness, outlined legally, before a physician can recommend its use.

Many studies have been carried out to examine the clinical uses of the drug, its illicit use in the younger population and legalisation policies for recreational use. Due to the lack of research investigating the effects of medicinal marijuana laws on care and spending in the health sector; a study has been conducted in America and published in Health Affairs.

The theory forming the basis of this study was that the medicinal marijuana laws would lead to a decreased use of approved prescription drugs. The study looked specifically at the association between medicinal marijuana laws and prescription drug spending during 2007-2014 in all fifty states and the District of Columbia. They examined this association using data for a set of prescription drugs used to treat conditions in nine clinical areas which included: anxiety, depression, glaucoma, nausea, pain, psychosis, seizure disorder, sleep disorders, and spasticity. These clinical areas were chosen because they might benefit from marijuana as an alternative treatment.

The results of the study showed that there was, in fact, a reduction in prescription drug use in some clinical areas:

However, no difference was seen in the number of prescription drugs used for the treatment of anxiety, glaucoma, sleep disorders, or spasticity.

The researchers examined the cost savings resulting from this law and concluded that if every state had the medicinal marijuana law in place in 2014, national savings would have amounted to approximately $1.01 billion.

Whatever your personal stance may be with regards to the medicinal use of marijuana, the data from this study highlights that many patients and physicians already perceive marijuana as a medicine. The National Academies of Sciences, Engineering, and Medicine released a report in 2017 which gave compelling evidence that supports the effective use of marijuana for certain conditions. Physicians working within the medicinal marijuana policies are required to ascertain that patients are eligible; this gives irrefutable evidence that there is accepted medical use of the drug. Along with the results of this study, which highlight the potential cost savings, this supports the benefits associated with the medicinal use of marijuana.

However, important questions remain unanswered. Is it acceptable to stop using drugs which have known safety and efficacy profiles and replace them with marijuana, which lacks long term data? Also, could making the switch potentially lead to patients requiring less monitoring? This could lead to less frequent visits to the doctor, leading to poor adherence and treatment outcomes.

Looking forward, if medicinal marijuana laws are to be put in place, further research is required in order to strengthen the data and provide answers to the many questions regarding clinical and financial aspects of medical marijuana use.