Home Health and Wellness Lifestyle What is the Best Way to Measure Obesity in Overweight Canadian Adults? 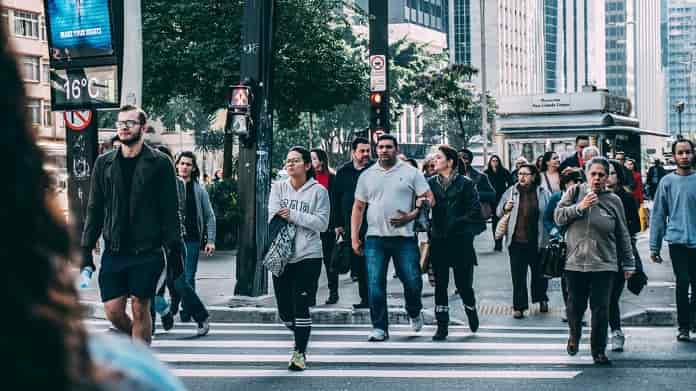 With the number of overweight Canadian adults on the rise and an alarming number having potentially harmful levels of body fat, researchers discuss the best way to measure obesity.

According to Statistics Canada, the number of overweight Canadian adults in 2015 was a staggering 61.3% or three in five adults. Among these, 26.7% Canadians classified as obese – an increase from 23.1% in 2004. The percentage of obese children and youth has dropped, however, from 13.3% to 12% which is some positive news. A person’s body mass index (BMI), which is calculated by dividing a person’s weight by their height, was used in these statistics to measure obesity.

However, many are now questioning the value of using BMI as a measure of obesity due to various deficiencies, including that it does not take into consideration lifestyle choices such as diet and physical activity. Misclassification problems can also occur as BMI is an indirect measure of body fat and a person who is shorter and quite muscular could be classified as obese. On the other hand, recent studies discussed in the Canadian Medical Association Journal, have suggested that the issue is potentially underestimated when using BMI to measure obesity as they argue it underestimates unhealthy levels of body fat.

Given that BMI is an indirect measurement of body fat, many researchers are now looking for alternative ways to accurately measure body fat as a means to classify obesity. They have found that even people, who according to their BMI are “normal weight”, can actually be “overfat”. That is, they have excess levels of body fat which actually put them at a higher risk of a range of obesity-related diseases such as stroke, cancer, coronary heart disease, and type 2 diabetes. Highlighting how BMI can fail to diagnose obesity, as the commonly used BMI classifications can cause over half the people who are “overfat” to be misdiagnosed and their health needs overlooked.

An alarming number of adults and children in developed countries are overfat, with the prevalence even higher than that of obese and overweight individuals. It is estimated that over 76% of the world’s population has body fat levels which can lead to serious health issues. In the study by Maffetone and colleagues, the prevalence of overfat people (those with unhealthy levels of body fat) in the United States and New Zealand was found to be more than 90% of men, 80% of women and 50% of children, noting these are much higher than previously predicted. Canada isn’t too far off from these statistics, with the number of overfat individuals approximately 84.5% of men, 68.5% of women, 48.1% of boys and 44.2% of girls. So, if BMI isn’t an accurate measurement of obesity, what are the alternatives?

Instead of measuring an individual’s weight, one suggestion proposed by Maffetone and colleagues is to measure their waist. As abdominal obesity, which is on the increase, appears to be a significant characteristic that can be attributed to the increasing rate of overfat individuals, this seems to be an ideal potential target for measuring obesity. The weight-to-height ratio, which suggests an individual’s waist should not be more than half of their height, has potential to be the ideal clinical indicator of obesity and potential health risks associated with abdominal fat which has more severe health effects than fat located elsewhere in the body. However, the Canadian Task Force on Preventative Care guidelines does not provide instructions for accurately measuring waist circumference, despite recommending it along with BMI, as an acceptable measurement of obesity.

Placing a substantial burden on the economies of developed countries, Maffetone and colleagues describe this overfat pandemic as a serious public health crisis, and they encourage public health officials to avoid getting distracted with definitions. They argue that, since many physicians can easily visually assess if the individual has a high level of body fat, they should not be waiting for researchers to find the best way to measure obesity. Simply encouraging individuals, such as overweight Canadian adults, to take their health seriously and adopt a healthier lifestyle including more physical activity and a healthier diet are pivotal to addressing obesity and the overfat pandemic.