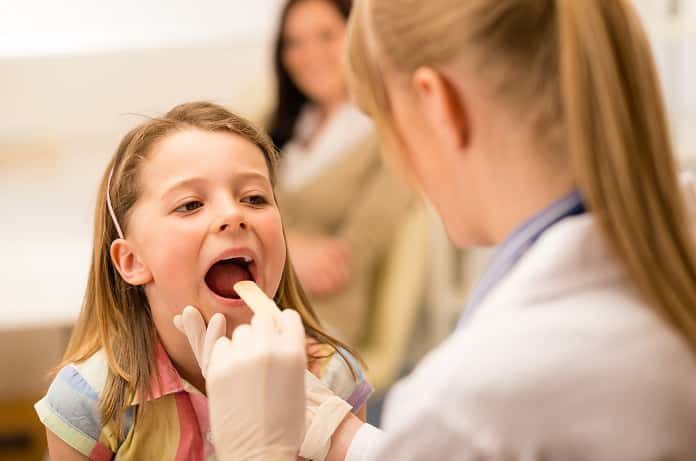 A review, published in JAMA Otolaryngology, discuss the multiple aspects of pain control after a tonsillectomy in children.

Tonsillectomy is a surgical procedure that removes infected or enlarged tonsils1. This is one of the most common procedures performed on children in the United States2. As it is an ambulatory procedure, patients are not required to stay in the hospital overnight. Hence pain management is usually left to the patients. Many factors go into successful postoperative pain management, and poor management can lead to dehydration, nausea, respiratory issues and bleeding 3. Thus, it is essential for the doctors and caregivers to understand the medications and surgical techniques required for successful post-tonsillectomy pain management.

Oral medication is prescribed after tonsillectomy. Narcotics/opioids are effective at reducing pain but it can cause respiratory depression in children with obstructive sleep apnea syndrome (OSAS), and these children are the most common patients of tonsillectomy4, 5. However, there are other oral medications available. Acetaminophen is frequently administered due to its safety6. However, it is inadequate for pain control on its own, and it has a potential for hepatic toxic effects. Nonsteroidal anti-inflammatory drugs (NSAIDs), such as ibuprofen, are commonly used as they are an effective alternative to opioids, shown to decrease postoperative nausea, vomiting, and respiratory depression7. However, there are concerns about bleeding. Two large systematic reviews, published in JAMA Otolaryngology, showed that the post-tonsillectomy bleeding rates were not significantly different between groups using NSAIDs, a placebo, and opioids, but the volume and duration of bleeding remained unknown 8, 9. Steroids can help decrease postoperative nausea and pain when a single dose is injected intravenously 10. However, there are concerns about increased postoperative bleeding with steroid use11.

There are several surgical tonsillectomy techniques which include cold and hot dissection12. The cold dissection technique leads to less pain, but hot techniques remain popular, with less blood loss during operation and shorter operative time.

Post-tonsillectomy pain management in children is challenging. Health care providers and caregivers should understand effective methods of analgesia after tonsillectomy in children and the potential risk of each option.