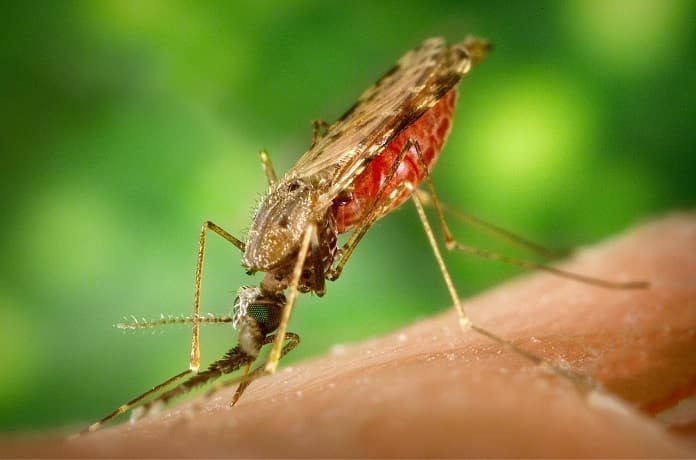 Malaria is a deadly disease spread by mosquitoes. New research, published in Science, attempts to halt the spread of the malaria parasite before it can get to humans.

Malaria is a deadly disease that affects millions of people annually. The malaria parasite, Plasmodium falciparum, is transmitted by the Anopheles mosquito, which carries the parasite in its gut. When mosquitoes that carry the malaria parasite bite someone, they transfer the parasite to the person through their saliva. As a result, mosquitoes are typically the target for malaria prevention. A recent article in Science explores groundbreaking research that may change the way we prevent malaria.

Wang and colleagues discovered a new strain of a bacterium that spreads easily between mosquitoes but is harmless to the mosquitoes themselves. Importantly, this bacterium survives and even thrives in the mosquito gut after ingestion. Using the new CRISPR technique, which allows the insertion or deletion of specific DNA segments into specific regions of chromosomes, Wang and colleagues were able to create a genetically modified strain of this bacterium that kills Plasmodium falciparum. The researchers fed these modified bacteria to mosquitoes, and then exposed the mosquitoes to blood that carried the malaria parasite. Afterwards, researchers found that the mosquitoes that had ingested the genetically modified bacterium carried 93% fewer parasites than those who had not.

Another team has taken a different approach that also exploits mosquito guts. Using the same CRISPR technique, Dimopoulos and colleagues have genetically modified one group of mosquitoes to produce larger quantities of a protein called Rel2, which blocks infection by the malaria parasite. Not only does this modified gene block infection with the malaria parasite, it also appears to improve the mosquito’s chances of reproducing. Specifically, mosquitoes with the modified gene prefer to mate with mosquitoes without the modification, increasing the rate at which the gene spreads.

These findings are promising for halting the spread of the malaria parasite in its tracks. Importantly, both methods could allow the natural spread of malaria resistance among mosquitoes in ways that are safer than other potential methods. Further research must be done on how these modified mosquitoes and their bacteria will spread in the wild.