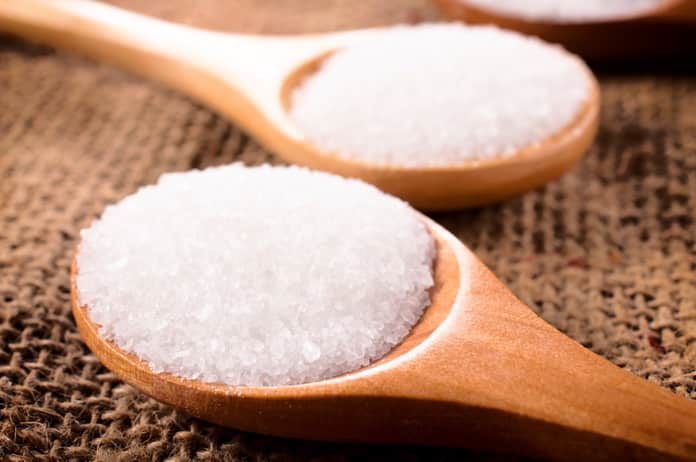 A recent study investigated whether a low sodium diet or treatment with paricalcitol or both could help type 2 diabetic patients at risk of kidney failure.

Approximately 35% of patients with diabetes suffer from diabetic kidney disease, which is the number one cause worldwide for end-stage kidney disease.  The presence of abnormal levels of albumin, a blood protein, in the urine is known as albuminuria or proteinuria and is a key biomarker for the progression of kidney disease. As the disease progresses, more albumin leaks into the blood as a result of the kidney’s reduced ability to filter blood. Evidence suggests that a low sodium diet could potentially reduce albuminuria in type 2 diabetes patients who are at risk of kidney failure and cardiovascular events such as heart disease or stroke.

Therefore, albuminuria has become a major therapeutic target to help protect diabetic patients from the increased risk of renal and cardiovascular events. One of the standard drug therapies for patients with albuminuria is losartan. Previous studies have suggested that the protective effects on the kidney and the heart were increasedwhen taken in conjunction with a low sodium diet. However, there is limited and conflicting evidence surrounding the effects of restricting salt intake on albuminuria by patients with type 2 diabetes.

What are the Effects of a Low Sodium Diet and Paricalcitol?

Researchers in Italy recently conducted a randomized, double-blind, placebo-controlled trial to investigate whether a low sodium diet could potentially reduce albuminuria in patients with type 2 diabetes who have residual albuminuria despite already undergoing standard treatment with losartan. They also investigated whether a low sodium diet modulates the effects of paricalcitol (a synthetic vitamin D analogue) on albumin levels in the urine compared to the placebo in patients with type 2 diabetes. Their results were recently published in The Lancet Diabetes and Endocrinology.

The trial included 115 adult participants with type 2 diabetes who, despite receiving treatment with losartan, still had abnormal levels of albuminuria. The participants were randomly assigned to a three-month high sodium or low sodium diet. Within each of these groups, the patients were then randomly assigned with either oral paricalcitol or a placebo for one month, followed by one month of all participants taking the placebo.  In the third month the patients crossed over to the other treatment condition, either paricalcitol or placebo. The primary outcome was the level of albuminuria over a period of 24 hours, as albumin excretion in the urine of more than 300 mg in 24 hours is defined as macroalbuminuria.

In the group that was assigned a low sodium diet (approximately 2.4 g sodium per day), patient albuminuria over a 24-hour period was reduced by 36.6%, from 724 mg initially to 481 mg after three months of the trial. No significant changes in patients 24-hour albuminuria were observed for the high sodium diet (approximately 4.8 g sodium per day) with patients recording a slight increase in their albuminuria over 24 hours by 2.9% from an initial 730 mg to 801 mg. During the second month when both groups received the placebo significant differences between the diet groups in 24-hour albuminuria was observed, consistent with the overall results.

Paricalcitol Protected Against the Effects of Sodium

Compared to the placebo, the patients who received paricalcitol and were on the high sodium diet showed a reduction in salt-induced albuminuria increase of 17.8%. The patients on the low sodium diet, when combined with paricalcitol treatment, did not have a significant effect when compared with the placebo.

These results, therefore, show that a low sodium diet in patients with type 2 diabetes had a reasonably quick and persistent effect on reducing albuminuria, independent of treatment with paricalcitol or placebo. In both the diet groups paricalcitol compared with placebo significantly reduced residual albumin levels in the urine, which could be attributed to the protective effects of paricalcitol against an increase in albuminuria induced by a high sodium intake.

Therefore, paricalcitol could potentially be incorporated into the treatment of type 2 diabetes patients with sodium-induced increases in albuminuria. Further studies are required, however, to elucidate the long-term efficacy and safety of paricalcitol as an add-on therapy in patients with type 2 diabetes. Also, given that a low sodium diet resulted in a substantial reduction in albuminuria which in turn had a protective effect over the kidneys, even a moderate reduction in salt intake in patients with type 2 diabetes at risk of kidney failure could help. As moderate changes are not overly restrictive and unlikely to influence food palatability substantially, an improvement upon patients adhering to a moderate to low sodium diet could be achieved and result in a larger clinical benefit compared to patients with poor compliance to very restrictive guidelines.