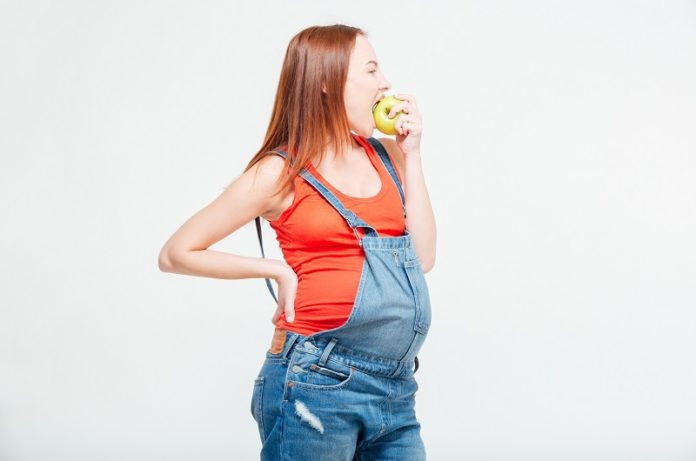 The researchers of this study wanted to determine the effects of maternal diet and differing protein content on the immune system and growth of an offspring. The findings indicate that offspring born to mothers that were fed a low protein diet during pregnancy and lactation were lighter, shorter, and more likely to suffer from an inflammatory disease, than those offspring born to mothers that consumed a normal amount of protein.

During pregnancy, consuming a balanced diet is essential for good growth and ongoing development of the baby. Past studies have demonstrated that nutrient deficient maternal diets can result in negative consequences for the offspring, including the development of hypertension and obesity later in life. Interestingly, consuming a diet overly rich in nutrients, one that is high in fat, refined carbs, and sugar, can also have unwanted effects on the offspring, such as an increase in body weight gain and chronic inflammation. While this information has been known for some time, the way in which maternal diet affects other areas of an infant’s health remain unknown. An example of which, would be macrophage function.

Macrophages are cells of the immune system that are responsible for identifying and eliminating foreign particles through a process known as phagocytosis. If macrophage function is impaired, the ability of an infant to effectively fight off invading pathogens could be compromised. As a result, the researchers of this study wanted to examine the relationship between maternal diet and macrophage function. In addition, they wanted to explore the way in which maternal diet affects hormone levels, somatic growth, and fat accumulation, among other things.

This new study, which was published in the British Journal of Nutrition, utilized male and female albino Wistar rats. Males and females were mated, and once it was determined that the females were pregnant, they were separated into two groups, which differed in diet. The first group, considered to be the control group, were fed a normal protein diet throughout the duration of pregnancy and lactation. A normal protein diet consists of 17% casein, which is the term for a group of proteins that contain phosphorous. The second group was fed a low protein diet, which contained 8% casein. Throughout the pregnancy, female rats were measured for changes in their body weight.

Three weeks after the offspring were born, males from the control group and the low protein group were selected and assigned either a diet of Nuvilab, a standard rodent food brand, or a custom diet that was high in fat. It was these young male rats that were the center of the study. In total, researchers were studying 4 groups based on the protein diet of the mothers during pregnancy and lactation, as well as the diet of the offspring after birth. The 4 different groups were normal protein and Nuvilab, normal protein and high-fat diet, low protein and Nuvilab, and lastly low protein and high-fat diet. Offspring were measured multiple times over the course of this study for changes in body weight, body length, and hormone levels. Lastly, macrophages from tissues were collected and analyzed, to determine any effect of diet on their function.

The results of this study have once again demonstrated the importance of maternal diet on the outcome of the offspring. The findings indicate that the offspring that were born to mothers on a low-protein diet during pregnancy and lactation weighed less and were smaller in length than their counterparts, whose mothers were fed a normal protein diet. In addition, these offspring also suffered hormonal imbalances, with lower levels of glucose and leptin. Interestingly, when low protein offspring were coupled with a high-fat diet after birth, researchers saw an increase in fat accumulation. With regards to macrophages and the immune system, researchers found that offspring of low protein mothers experienced increased phagocytosis in comparison to control offspring. This finding was interesting because it contrasts with previous data. Lastly, the findings indicate that offspring of low protein mothers, regardless of whether they were fed Nuvilab or a high-fat diet, could be at increased risk of suffering from inflammatory diseases.

Though these results are intriguing, we must now await further research until we know how applicable these findings are to humans.