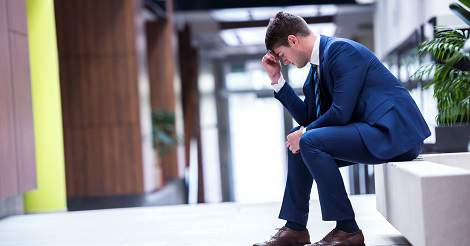 A new, large-scale study published in The Lancet has found that behavioural activation, a talking therapy, is just as effective as the gold-standard cognitive behavioural therapy (CBT) in treating depression and can be delivered without the need for costly and highly trained professionals and can increase availability to psychological therapies globally.

Clinical depression is a common, costly and debilitating mental disorder, being the second largest cause of disability worldwide. The disorder affects approximately 350 million people globally, and its effect on economic output across the world is predicted to be US $5.36 trillion between 2011 and 2030. Reduction of these significant costs is a key goal.

The most clinical evidence for the treatment of clinical depression comes from antidepressant medication and cognitive behavioural therapy (CBT). However, the use of antidepressant medications are limited by side-effects, risk of relapse, and reduced patient adherence. CBT is as effective as antidepressants and offers protection against relapse.  In fact, CBT has long been the gold standard for psychological therapy among in patients with depressions, in which the treatment uses an “inside out” tactic that focuses on the way the person thinks. Under this treatment, therapists help patients recognize their thoughts and beliefs about themselves and the world around them, as well as encourage them to reframe negative thoughts and beliefs that give rise to them. But, CBT is complex, its effectiveness is based on the expertise of psychological therapists, who are costly to train and employ, and its access is usually restricted with lengthy waiting lists.

The study was a randomized, controlled trial that involved 440 adults aged 18 years or older meeting Diagnostic and Statistical Manual of Mental Disorders IV criteria for major depressive disorder from psychological therapy and primary care services in Durham, Leeds and Devon (UK). People who were receiving psychological therapy, were acutely suicidal or had tried to attempt suicide in the last 2 months, were drug or alcohol dependent, or were cognitively impaired, or who had psychosis  or psychotic symptoms were not included in the study. Participants were randomly assigned to receive either behavioural activation therapy (n=219) or CBT (n=221) and were then subjected to a maximum of 20 60-minute sessions over a period of 16 weeks, between 2012 and 2014. Patients who were in the CBT group received an average of 12.5 sessions and those in the behavioural activation group were given an average of 11.5 sessions. At 6, 12 and 18 months, the groups were followed up and assessed by the researchers.

The findings indicate that a year after the beginning of treatment, behavioural activation therapy was not found to be worse than CBT in terms of reduction of depression symptoms, with at least a 50% reduction in depressive symptoms reported in nearly two-thirds of participants in both groups. Participants in both groups also disclosed almost identical numbers of anxiety diagnoses and days free from depression, and were likely to experience remission equally. Moreover, researchers found that delivery for behavioural activation was more cost effective than is CBT; the costs of the mental health workers who delivered behavioural activation were approximately 20% lower compared with the more experienced psychological therapists who generally deliver CBT.