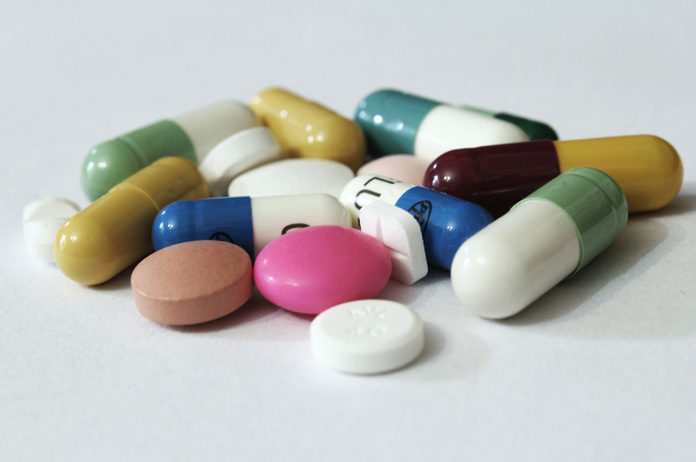 The atypical antipsychotics clozapine and olanzapine are commonly used to treat schizophrenia but unfortunately come with serious side effects including significant weight-gain, metabolic disorders, type II diabetes, and cardiovascular diseases which are responsible for around 60% of excess mortality in schizophrenic patients. An article published in JAMA Psychiatry explains how the glucagon-like peptide-1 (GLP-1) receptor agonist liraglutide may be a promising counter to the noxious side effects of clozapine and olanzapine.

GLP-1 is a hormone classified as an incretin. Incretins stimulate the release of insulin which lowers blood glucose by transporting it from the blood into body cellswhere it can be used as an energy source. They also inhibit the release of glucagon, a hormone that increases blood glucose levels. Many schizophrenic patients taking atypical antipsychotics develop insulin resistance, meaning that their cells do not respond to insulin properly and blood glucose remains high. The pancreasresponds by continuing to release insulinwhichmakescells even more resistant to the hormone. This damaging cycle can lead to prediabetesndprogression to type II diabetes, eventually causing weight-gain and resultantcardiovascular disease.

Researchers in Denmark implemented liraglutidetreatment to diagnosed schizophrenic patients who were overweight or obeseand were receiving stable treatment of clozapine or olanzapine before entering the study. The main objective of this study was to observe the metabolic effect of adding liraglutide to clozapine or olanzapine treatment through a glucose tolerance test. This test measures the body’s ability to utilize glucose as an energy source and is used clinically to check for prediabetes or diabetes. Data from 97 subjectsassigned to either a placebo or liraglutide treatment group was collected over a period of almost 3 years.

This study demonstrates the efficacy of using an incretin hormone to stabilize the metabolic imbalances and resulting morbidities caused by psychotropic medications such as clozapine and olanzapine. More research should be done to compare liraglutide to other drugs used to treat diabetes such as metformin or topiramate and to observe the effect of liraglutide with other psychotropic medications that may cause serious side effects. Further, it should be noted the most profound weight-gain in patients treated with clozapine and olanzapine is early in treatment. Since the participants of this study were already on stable dosing of clozapine or olanzapine it was not possible to evaluate when liraglutide might be most effective in countering theundesirable side effects. This too must also be established before liraglutide’s full efficacy can be determined and employed clinically.