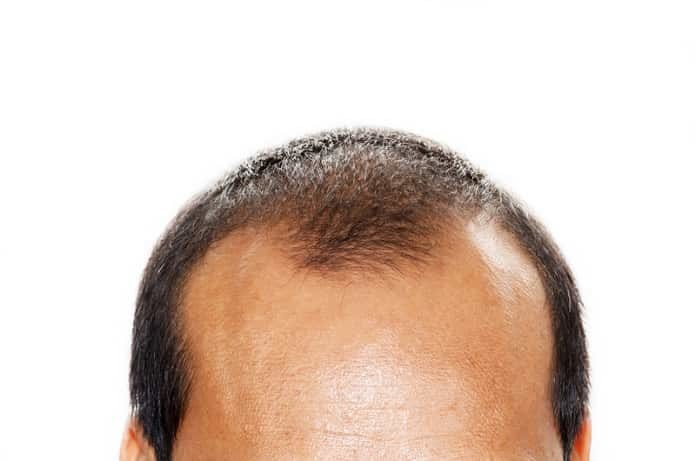 A new study published in JAMA Dermatology looks at the possible relationship between hair loss and testosterone levels.

Androgenic alopecia, more commonly known as male-pattern baldness, is the most common type of hair loss affecting both men and women. It affects approximately 50% of males by the time they are 50 years old. For generations it has been suggested that there is a relationship between scalp hair loss and testosterone levels, with studies done in vitro (experiment conducted outside of a living organism in a controlled environment) showing that indeed sex hormones such as testosterone inhibit hair growth. However, a study by Kische and colleagues published in JAMA Dermatology measured the serum concentration of sex hormones and hair loss in men from the general population of Northeast Germany reports that there is no observable link.

The main regulators of human hair follicles are androgens, sex steroid hormones which stimulate hair growth in both sexes. The primary and most well-known androgen is testosterone and second most commonly known is dihydrotestosterone (DHT). Androgens elicit effects like hair growth by binding with receptors on cell surface membranes. The response due to binding varies depending on the receptor location in the body. In genetically predisposed individuals, hair loss is typically characterized as androgen-responsive hair loss. A decrease in scalp hair follicle size caused by DHT and decrease in the duration of androgen, combined with an increase in miniaturized hair follicles (shorter and finer hairs) is the hallmark of androgenic alopecia.

A cross-sectional population study conducted in Northeastern Germany examined 373 men from the general population who had not received prescribed drugs in the past 7 days. Blood sampled were taken from each participant and a panel of liquid chromatography-mass spectrometry measurements were conducted and analyzed to determine the serum concentration of sex hormones. In addition, dermatologist examined each participant and assessed general hair loss (yes or no).

The analysis revealed no significant relationship between general hair loss and testosterone levels in men from the general population. When men with and without general hair loss were compared, there was no observable difference in androgen concentrations. With regards to androgenic alopecia and premature balding, these findings were consistent with previous studies that consisted of smaller sample sizes and selected participants.

Although higher levels of testosterone are suggested to increase the level of DHT, which in turn stimulates androgen action on hair follicles characteristic of male pattern baldness, this study observed no link between hair loss and testosterone levels. These results are therefore consistent with previous research which suggests that an increase in androgen sensitivity or the number androgen receptors may be the causes of androgenic alopecia, rather than the concentration of androgens like testosterone present in the body.