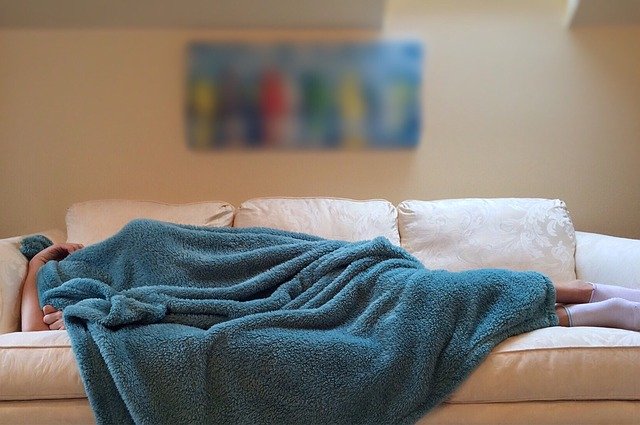 Researchers find an association between fragmented sleep and cognitive decline in mice.

Sleep and the importance of getting an adequate amount of sleep have been commonly discussed topics, as more and more research seems to point to prolonged sleep deficiency leading to adverse health effects. Getting an adequate amount of sleep has been linked to clearing waste from the brain and to the consolidation of memories. Observations taken from patients with neurodegenerative diseases, like Alzheimer’s and Parkinson’s, have shown that sleep disturbances appear to be exhibited before the appearance of disease symptoms and in the early stages of the disease course. This suggests that long-term disrupted sleep patterns could promote the progression of neurodegenerative diseases.

One of the most common types of neurodegenerative diseases is Alzheimer’s disease, which is associated with symptoms such as memory loss, spatial learning disorder, and behavioural changes. Only a small percentage of Alzheimer’s cases have genetic causes, with the majority of cases being linked to problems with clearance of amyloid-beta protein. Waste clearance is an important part of sleep, and proteins such as amyloid-beta rely on these waste clearance pathways to maintain balanced levels of the protein in the body. In addition, activation of microglia – neuronal support cells that function as immune cells in the central nervous system – due to a buildup of amyloid-beta protein is also believed to potentially lead to Alzheimer’s.

To test the effect on learning and memory two behavioural tests were performed, and it was seen that the results from the tests pointed toward “deficits in spatial learning and memory” along with “deficits in object recognition”. Two further tests were performed, and it was seen that chronic sleep fragmentation demonstrated an increase in spontaneous activities and an increase in anxiety-like behaviour. The researchers found that chronic sleep fragmentation increased amyloid-beta protein accumulation in neuronal cells and it also resulted in “dysregulation of the EAL pathway”, which is a cellular pathway important for protein degradation. Chronic sleep fragmentation was also seen to induce dysfunction in the autophagy process – a process by which the body clears out clustered groups of proteins and damaged compartments of cells. In addition, chronic sleep fragmentation brought about microglia activation, which if sustained is harmful to neurons, negatively impacting on brain structure and function.

Overall the researchers found that sleep fragmentation could induce changes that were similar to those seen in early stage Alzheimer’s. Thus, the researchers were able to demonstrate that there was a link between insufficient sleep and cognitive decline. Their study was also the first to show that amyloid-beta protein can be found in the cells of mice that were subject to the chronic sleep fragmentation model, without any genetic predisposition to a disease state.

Further research is needed to replicate the results in human trials, but a previous human study has shown that even just one night of sleep deprivation has the potential to significantly increase the amyloid-beta protein burden in the brain. This research draws attention to a potential risk factor for neurodegenerative diseases and further highlights the importance of sleep as a key physiological process. The researchers concluded that “early interventions for sleep disturbance would be potentially beneficial for prevention and slowing down development of neurodegenerative disease”.

What is neurodegenerative disease?. (2019). Retrieved 15 December 2019, from https://www.neurodegenerationresearch.eu/about/what/