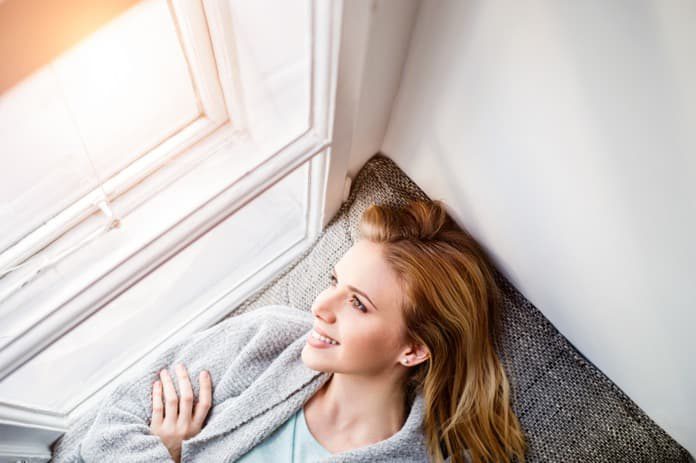 Researchers conducted a novel study examining the use of light therapy to relieve the symptoms of depression in patients with bipolar disorder.

Light therapy has long been known to relieve the symptoms of certain mood disorders, possibly by altering the circadian rhythms. The circadian rhythm, in layman’s terms, is the body’s way of determining what time of day it is, and whether it should be awake, asleep, or anywhere in between. It is mitigated by a hormone called melatonin, the presence of which increases sleepiness, and it has an inverse relationship with light (i.e. the more light the lower the levels of melatonin). Light therapy has been shown to significantly reduce the symptoms of seasonal affective disorder, as well as several sleep disorders.

Bipolar disorder affects a significant percentage of the population. It may not be as large a percentage as people with unipolar depression, but it is much more difficult to treat, or even maintain. Bipolar depression refers to a condition whereby one experiences significant changes in mood. These go from “highs” (i.e. mania or hypomania, an irrational overexcitement or euphoria), to “lows” (depression of varying levels). In contrast, unipolar depression, also known as major depressive disorder, is only the “lows”. The two seem to be completely different illnesses, and the treatment of unipolar depression does not seem to help bipolar patients. In fact, the pharmacotherapy for bipolar disorders does not seem to be as effective, especially in remitting the depressive symptoms as only one-third of patients experience the benefits. Bipolar patients often consume a cocktail of medications, including a mood stabilizer (such as Lithium), an antidepressant (such as Wellbutrin), and often a sleep aid (such as Emazepam).

Bipolar patients tend to show symptoms such as lethargy, hypersomnia, and hyperphagia (the increased need for sleep and food respectively). These are indicators of a good response to light therapy. Having that in mind, a group of researchers conducted a study at the University of Pittsburgh in the United States, seeking to determine the efficacy of light therapy as a treatment for bipolar patients experiencing depression. They had previously conducted a preliminary study, which found that light therapy in the morning causes hypomania in most of their subjects. Therefore, they sought out to determine how light therapy will affect the depression remission rates (reduction in symptoms) with midday use.

As published in American Journal of Psychiatry they have conducted a randomized, double-blinded, placebo-controlled study that contrasts a treatment group (receiving 7,000-lux bright light treatment) and a control group (receiving 50-lux dim red-light). The 46 bipolar individuals participating in the study were selected based on several criteria, most notably for having a current depressive episode, and no manic episodes or drug use in the past few months. They were then randomly assigned to either group, and both the patients and the researchers or therapists had no knowledge of who is in which group; making this a double-blind study. The participants would slowly increase the amount of light exposure, in increments of 15-minutes per week, until they have reached the therapeutic dosage of 60-minutes. This was done to prevent any manic episodes or other undesirable results.

The researchers found that there was a significant difference between the treatment and the control groups. The treatment’s group remission rates were around 65%, while the control was only 20%. There also had significantly better social and general, or global, functioning. There were other benefits, such as less anxiety and social problems, but these were not statistically significant.

Light Therapy Could be an Effective Adjunctive Stabilizer

Considering the results, there is great evidence that midday light therapy can help bipolar patients. While the patients are already taking their prescribed medication, if they do not see a relief in depressive symptoms, light therapy can be used as an antidepressant. Earlier studies may have been unable to find a significant result because they have studied the phenomena at the wrong time of day. Midday therapy is hereby shown to be highly effective.

It is unclear how exactly this works in bipolar patients. It could produce subtle effects to the circadian rhythm, but this requires further investigation. Given that the study stopped at six weeks’ time, the trajectory of the results may only be inferred. It seems that there could be increased benefits over the long run, as the effects started rising significantly after four weeks (60-minutes). Further studies are needed to answer these questions. It may also be of interest to study relapse prevention and the biological mechanism related to these effects. It should also be applied to different populations, such as children and pregnant women, to see if it can replace medications, as the use of medications is problematic in these populations. Nonetheless, these results show a great new tool that can be used by doctors to help relieve bipolar depression.