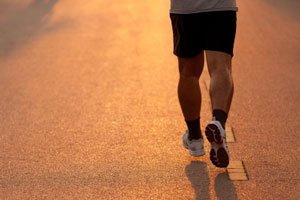 A recent study examined the effects of body weight and physical activity intervention in patients at risk of developing colorectal cancer.

A recent study examining lifestyle modifications in those at risk of developing colon cancer has demonstrated that a personalized and behaviorally focused weight loss program can result in significant reductions in body weight, increased physical activity, and positive changes in dietary intake.

There were 1.2 million cases of colorectal cancer diagnosed in 2008 worldwide, making colorectal cancer the third most common cancer. It has been stated that up to 12% of colorectal cancers are preventable by increasing physical activity, while 14% could be prevented by reducing excess weight, and another 34% could be prevented by dietary changes. The study was designed to assess the effectiveness of a personalized program educating participants on diet and physical activity on weight loss and lifestyle modifications.

The study was conducted at centers in Scotland and the UK between 2010-2013, including patients who were part of the national bowel screening program and were diagnosed with adenoma. The participants consisted of people between the ages of 50-74, who were overweight or obese (BMI of >25). Participants were not included if they were diagnosed with diabetes or had any prior cancer diagnosis. The participants were randomized to the control group or the intervention group, termed the BeWEL program. As a part of the BeWEL program, participants attended three separate personal visits with lifestyle counsellor in addition to monthly phone consultations. This made up a total of 5.25 contact hours over the 12 month study period. Personal dietary changes were encouraged, and supporting information was given to the participants, including topics like caloric intake, fast foods, alcohol consumption, processed meats, and physical activity. The participants set specific short term dietary and lifestyle goals with support from their counsellors. In contrast, participants in the control group had initial contact where baseline measurements were obtained, and received no further support or contact until the end of the study period at 12 months.

Primary outcome for the study was a change in body weight at the 12 month follow up. The secondary outcomes were percentage of weight loss, waist circumference, blood pressure, cardiovascular biomarkers, and markers of glucose metabolism. Changes in dietary and lifestyle behaviors were also assessed.

Due to the positive lifestyle changes and resultant effects on weight in the study participants, the authors of the study suggest that such programs should be implemented in secondary care settings in the context of cancer screening programs, as is already seen commonly for diabetes.