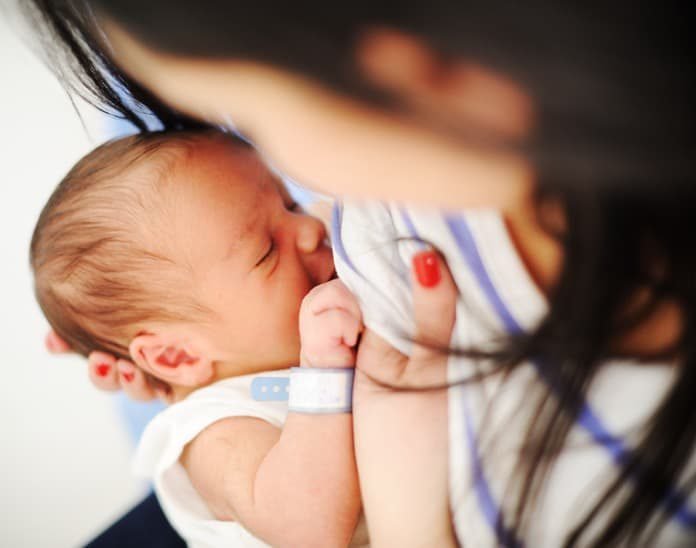 Overweight and obesity in childhood can lead to negative short-term effects on health, as well as, long-term impacts on an individual’s health. Accelerated growth during infancy and early childhood have been demonstrated as a strong risk factor for obesity development in children. Having a higher body mass index (BMI) by preschool age has been associated with an incidence of atherosclerosis (a disease marked by plaque build-up in the arteries) in adulthood.

A recent study found that implementing childhood obesity interventions during the first 24 months of a child’s life may help in preventing the development of overweight and obesity. However, it is necessary to determine which early-life risk factors contribute to accelerated growth in children during different growth periods. Determining these early-life risk factors could help in creating interventions that are targeted at specific risk factors.

WHO standardized growth curves indicate how children should grow

The World Health Organization (WHO) published a set of standardized growth curves in 2006 to monitor childhood growth on a global scale. More than 125 countries have implemented these growth curves. These curves are based on a specialized dataset and indicate how children should grow.

The specialized dataset was obtained from a select group of children whose mothers followed specific feeding recommendations: exclusive breastfeeding for four to six months, continued partial breastfeeding to 12 months of age, and introducing complementary foods between four and six months.

Given that little is known about which specific growth periods are affected in early childhood, Canadian researchers sought to fill this knowledge gap by examining the association between three early-life risk factors for obesity and children’s growth rates from infancy to about six years of age. The three risk factors are breastfeeding duration, the mother’s BMI, and the child’s birth weight. Their results were published in the American Journal of Clinical Nutrition.

Researchers recruited a total of 5905 children, from one day old to six years of age, who were participants in The Applied Research Group for Kids (TARGet Kids!). TARGet Kids! Is a primary care, practice-based research network consisting of nine pediatric or family practice clinics located in Toronto, Canada. The research network follows children’s well-being at regularly scheduled physician visits. The study took place from July 2008 to August 2015.

At each of the practice sites, researchers obtained the children’s current weight and length measurement and captured additional measures of growth from the children’s medical charts. They then calculated the children’s BMI and age-and-sex- standardized BMI (zBMI) according to WHO measures. They obtained data on birth weight, breastfeeding duration and maternal BMI through standardized Nutrition and Health questionnaires completed by parents. Data on breastfeeding duration was separated into two categories: less than six months and 6 months; birth weight was categorized as low (less than 2.5 kg) and high (4 kg) (normal birth weight is defined as being between 2.5 kg and less than 4 kg); and maternal BMI was categorized based on obesity status (obesity is marked by a BMI of 30 or greater).

Their findings support previous studies’ findings that maternal BMI, birth weight and breastfeeding duration are early-life risk factors which have an association with differences in growth trajectories in children.

Children whose mothers classified as obese had higher growth rates and higher zBMI scores between 1 and 3 months of age and 36 and 72 months of age, compared to children of non-obese mothers.

While researchers observed significantly higher zBMI growth rates among low-birth-weight infants between 1 -3 and 3- 18 months of age, their zBMI scores were significantly lower than those of normal-birth-weight children at all time points examined.

One study limitation is the inclusion of children breastfed up to the first six months in the “shorter duration” group which may have led to an underestimation of the difference in growth rates between 1 and 3 months of age among the category of children breastfed for shorter durations. A second limitation identified by the authors is that the findings may not be generalizable to children in all environments as the research network in which the study took place is located within a major urban Canadian city with mothers having a high educational level.

The study’s findings highlight the importance of addressing risk factors for obesity during the prenatal and early postnatal period. It is also important to target risk factors in children of obese mothers during the preschool period, in order to set the children on a path to prevent overweight and obesity at a later point in life.

The authors indicate that further studies examining different cut-offs of breastfeeding duration along with differences among cut-offs for exclusively breastfeeding may be key in gaining a better understanding of the effects of breastfeeding on growth rates in the first six months of life and beyond.

How does sleep and screen time influence impulsive behavior?