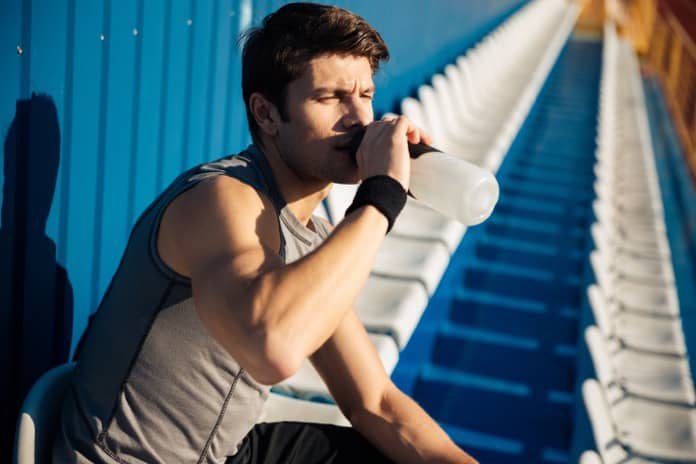 Researchers investigated the effects of a lemon verbena supplement or a placebo on muscle strength and recovery after a strenuous exercise test.

Muscle fatigue and soreness is a common malady after an exhaustive exercise session. The muscle fibers become stressed and inflamed and need time to recover. A novel lemon verbena extract (sold as Recoverben®) was shown to have anti-inflammatory properties strong enough to counteract the after-effects of exhaustive exercise. The product is sold as a natural extract with no additives. Swiss researchers conducted a double-blind, randomized, controlled trial to determine lemon verbena’s sport nutritional properties.

From the initial screenings and recruitment to data compilation, this study took place from October 2016 to March 2017. Out of 70 trial applicants, 44 test subjects were recruited and tested in Esslingen, Germany. The participants were non-smoking, moderately active men and women between 22 and 50 years of age. The subjects were instructed to take two 200mg lemon verbena capsule twice daily ten days before the exercise test, during the test day, and four days after the test. The exhaustive exercise test was sets of high-count, weighted jump repetitions. Muscle function testing was measured using dominant leg strength tests and a biochemical analysis was measured muscle damage, antioxidant levels, and inflammatory cell response.

The results, published in the Journal of the International Society of Sports Nutrition, demonstrated that the participants in the lemon verbena group showed more resilience to muscle damage as well as faster recovery. There was a decrease in muscle damage biomarkers and an increased level of antioxidants in the blood stream in the post-testing bio-analysis. Even after 15 days of Recoverben® ingestion, there were no health safety concerns. The study showed that 400mg/day of lemon verbena extract supplement resulted in less muscle strength loss and faster muscle fatigue recovery. This study may serve as a foundation for other similar statistical studies in the future of sports nutrition. This study found that Recoverben® was a safe and well-tolerated supplement that improved sports performance.