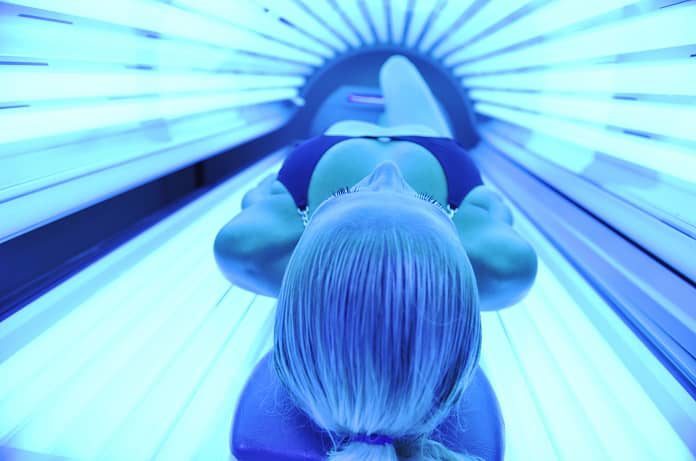 Most US states have laws limiting or prohibiting tanning beds for minors. A study determines how many tanning salons are complying with the law.

This US study, published in JAMA Dermatology, was conducted among 42 states and the District of Columbia. The researchers sought to determine the compliance rates among tanning salons.  In other words, how many tanning salons would allow access to minors in spite of this legislation? The researchers aimed to determine the rate of compliance, and also to determine if there were different compliance rates based on population demographics, regional location, salon ownership, age groups that are regulated, and the time since the law was enacted.

This cross-sectional study was designed to capture data through a telephone survey, which was conducted by callers acting as minors attempting to schedule tanning appointments. The survey was conducted from February 1, 2015, to April 30, 2015. A total of 427 salons were used, including 10 that were randomly chosen from each state or territory with tanning legislations. The data was analyzed, and the results showed that as much as 37% of salons throughout the US were not complying with their local laws. The non-compliance in rural areas was 45.5%. In the US southern region, 49.4% were non-compliant, and independently owned salons showed non-compliance at 43.9 %. The states that had younger minors under this legislation showed a 53.5 % non-compliance rate and states that had more than one tanning legislation in effect had a 50 % non-compliance rate.

The legislations passed in the US were aimed at controlling tanning beds among minors. However, this study demonstrates that the legislation is not effective. As such, greater enforcement of the law is needed to minimize the exposure to carcinogens in youth. Additionally, education is necessary to raise awareness among all salons, especially independently owned salons, and those in the rural regions where the rate of non-compliance was so much higher.