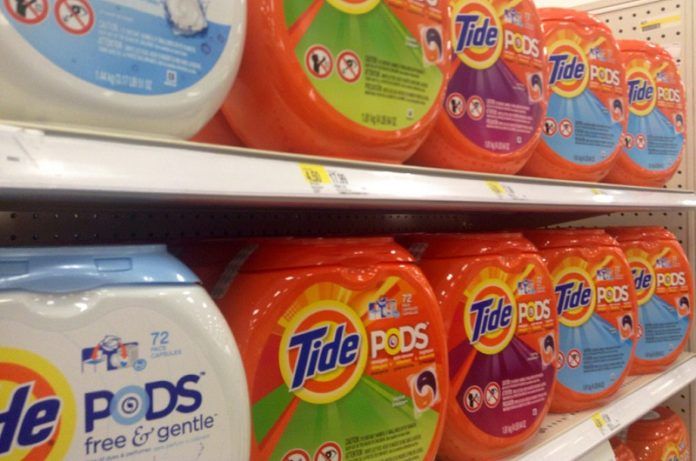 Candy-like appearance of laundry detergent pods may be related to increasing number of injuries in young children, including chemical burns to the eyes.

Laundry detergent pods are products that contain laundry detergent, fabric softener, and/or other laundry cleaning fluids in small, single-use, dissolvable plastic pouches. These products are offered by several manufacturers, and have gained significant popularity and market share within the last ten years.

While laundry pods have the advantage of being effective, easy to use, and less messy than regular detergents, data is also suggesting that they may pose safety concerns. In particular, it appears that young children may be attracted to the pods because of their bright colours and candy-like appearance. An increasing number of injuries such as poisoning, choking, and chemical burns resulting from laundry detergent pods are being reported by hospital emergency departments.

A study recently published in JAMA Opthamology looked in particular at the prevalence of eye injuries occurring among young children as a result of exposure to laundry detergent pods.

The study was conducted by reviewing incidents reported in the National Electronic Injury Surveillance System (NEISS), a database run by the US Consumer Product Safety Commission that records product safety-related injuries presenting at US emergency departments. Researchers extracted data for all reported incidents of eye injuries (from any cause) to children aged 3 and 4 years that resulted in chemical burns or conjunctivitis during the period from January 1, 2010 to December 31, 2015.

The data indicated that during the period examined, 1201 cases of ocular burns caused by laundry detergent pods were reported to have occurred in children within the target age group. The number of reported incidents increased from 12 in 2012 to 480 in 2015.

Based on these results, the authors of the study suggest that better storage and prevention strategies need to be adopted to prevent children from accessing laundry detergent pods. As a further step, they suggest redesign of the packaging to make the pods more durable or less attractive to young children.