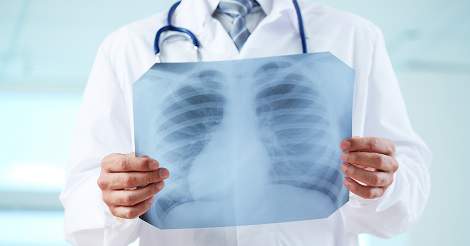 A study recently published in the Journal of Cardiothoracic Surgery has found that impairment in lung function of heart surgery patients can still be present one year following surgery.

In patients who undergo open heart surgery, a significant cause of complications and death is impairment of lung function following surgery. The exact cause of this phenomenon is unknown. Typically, symptoms are the worst immediately following surgery however some studies have documented lasting effects as far as four to six months later. Few studies have examined the lung function of heart surgery patients long after the surgery took place, or compared the health related quality of life of these patients to that which they reported prior to the surgery. An article recently published in the Journal of Cardiothoracic Surgery aimed to do just this.

The researchers behind this study recruited 150 patients that were set to undergo open heart surgery at a university hospital in Sweden. This surgery was either coronary artery bypass grafting, valve surgery, or a combination of the two. Health-related quality of life (HRQoL) was assessed using the Swedish Short Form Health Survey (SF-36), a 36-item test that examines such factors as level of pain, physical functioning, mental health and overall health. Patient’s HRQoL and lung function was assessed on the day prior to surgery as well as one year following the surgery. The values determined from the two time points were then compared.

This study found that, compared with before heart surgery, patients typically had decreased lung function one year after surgery. With age, pulmonary function has been known to decline and within the span of a year a small decrease would be expected. Because of this, all postoperative measures were compared to what the expected lung function would be based on natural decline of the preoperative measure. Even with taking this into consideration, on average there was a 4-5% decrease in forced vital capacity (FVC) and forced expiratory volume in one second (FEV1). FVC is the total amount of air that can be exhaled by a patient after the largest inhale they can manage. Along the same lines, FEV1 is the amount of air that can be forcibly exhaled in one second after a large inhale. A decrease in these measures corresponds to a decrease in lung function. Despite the fact that most patients’ lung function was still impaired one year following heart surgery, they did report an increase in HRQoL compared with before the surgery.

The article presented here shows that heart surgery patients experience impaired lung function long after the surgery was performed. However, this impairment is only around 4-5% and, while statistically significant, the authors of the study cannot postulate as to whether this decline is causing real problems for patients. Furthermore, despite this impairment, patients still report that their HRQoL has significantly increased since before surgery. This is to be expected as the entire goal of the surgery is to prolong life and relieve symptoms. However, this finding does show that any symptoms associated with impaired lung function are not enough to outweigh the benefits of the surgery. Further studies need to examine whether these relatively small declines in lung function are clinically important. Additionally, it will be important to find out which patients are most at risk for prolonged lung function impairment and what can be done to improve their condition.