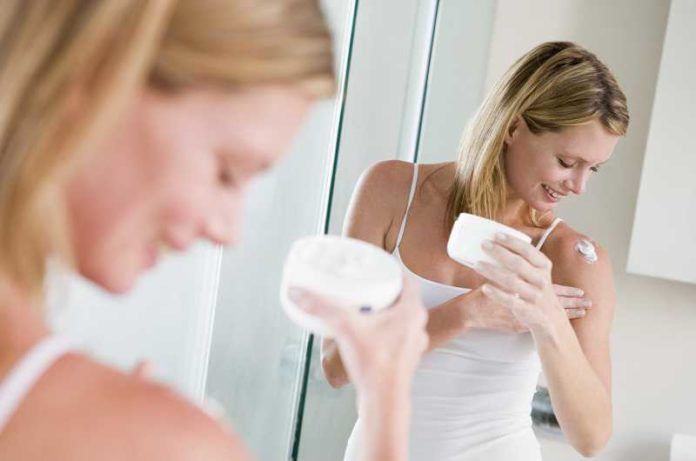 A new study examines the effect of emollients on skin microflora and skin barrier functions in children with atopic dermatitis.

Atopic dermatitis (AD), commonly known as eczema, is an inflammatory skin disease that causes itchy, dry, and scaly patches of skin. It primarily affects young children (10-20%), and it is known to be a genetic disorder. There are several theories on the cause of AD, including 1) there is an imbalance in the immune system causing it to attack the skin, 2) the skin barrier is broken resulting in dehydration and increased susceptibility to allergens and 3) there is imbalance in healthy microbiota on the skin which allows skin pathogens, such as Staphylococcus aureus (S. aureus), to grow. Hence, atopic dermatitis is a complicated disease.

For management of eczema, application of emollients is recommended by doctors. Emollients are non-cosmetic moisturizers which come in the form of creams, ointments, lotions and gels. Emollients reduce dryness and itchiness of the skin and maintain moisture. However, the mechanism by which emollients restore skin barrier integrity is not well understood.

A new study published in Pediatric Dermatology examined the benefits of emollient on mild AD. 54 children with mild AD were enrolled. The subjects had to apply a hygiene product only (control group) or hygiene product and emollient balm (emollient group) twice a day for 28 days. The researchers found that emollient group experienced fewer itches in comparison to the control group. Also, the skin remained more hydrated and levels of involucrin, a skin barrier gene associated with skin inflammation, were decreased.  Furthermore, the number of S. aureus remained stable in the emollient group while the control group showed 6.5 times increase. Microflora biodiversity remained stable for both groups. Thus, applying emollient balm on children with mild AD protected the skin from S. aureus and improved skin quality.

This study showed the importance of emollient treatment for improving clinical symptoms of AD and protecting against S. aureus growth while maintaining microflora biodiversity. As important as it is to wash away dirt from our skin, it is important to apply lotion to protect our skin.