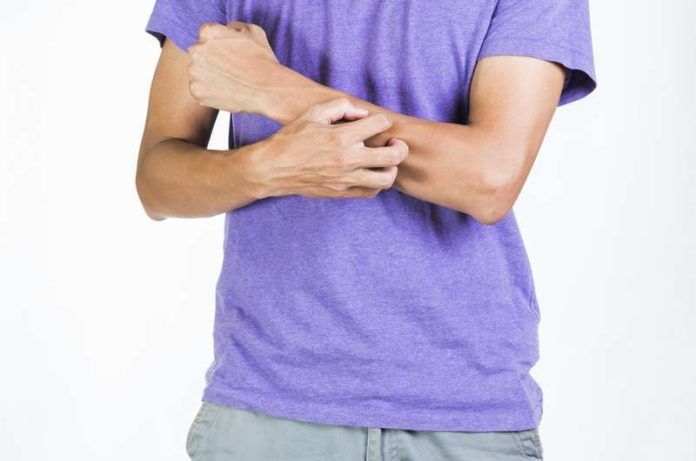 Results from three trials indicate that the use of ixekizumab could serve as an effective alternative for patients with moderate to severe plaque psoriasis. Promisingly, those who have not responded to similar therapy in the past are still likely to achieve an adequate response.

Psoriasis is an autoimmune skin condition that can be life-altering for many of those diagnosed. Particularly when the disease presents in a moderate or severe form, patients are at risk of deteriorating mentally and socially, as well as physically. Due to the less predictable nature of psoriasis, and autoimmune diseases in general, it is important that there is a wide range of treatment options available to patients.

One option used in moderate to severe plaque psoriasis is antibodies, known as biologicals. These specific antibodies target inflammatory cytokines and are reserved for use in patients that have either not responded to standard therapies, or for whom such therapies are unadvisable. Evidence for a new biological treatment, ixekizumab, has been submitted by pharmaceutical company Eli Lilly to the UK’s National Health Service (NHS) appraisal committee for review. An economic model for cost effectiveness of ixekizumab was also submitted.

Results from three trials, enlisting 3,866 subjects with moderate to severe plaque psoriasis, was used to support the introduction of ixekizumab. These trials are known as UNCOVER 1, 2, and 3. The first compared ixekizumab to a placebo drug, whilst the second and third compared ixekizumab to both etanercept, a biological currently used to treat plaque psoriasis, and a placebo. The clinical effectiveness of the medication was evaluated using the Psoriasis Area and Severity Index (PASI) which pertains to the size, redness and thickness of plaques, and the Dermatology Life Quality Index (DLQI). Upon 12 weeks of treatment, at least a 75% reduction in PASI score or a 50% reduction in PASI score plus a 5-point reduction in DLQI is considered an adequate response.

Based on results from all three trials, it was concluded that ixekizumab is more effective than both placebo and etanercept. Ixekizumab was also found to produce better outcomes than placebo and etanercept for patients that had previously been treated with biologicals. Lastly, it was determined that ixekizumab was similar to other biologicals in terms of tolerability. Given the extensive data available on biological treatments, long-term safety is of less concern. A meta-analysis was then carried out in order to compare ixekizumab to a list of currently used biologicals; adalimumab, ustekinumab, secukinumab, and infliximab. It was determined that the probability of ixekizumab producing a 75% reduction in PASI score within 12 weeks is substantially higher than with adalimumab and ustekinumab, whilst infliximab and secukinumab were deemed similar in effectiveness.

To conclude, the presented evidence indicates ixekizumab is an effective treatment for patients with moderate to severe plaque psoriasis. Given the acceptable economic model, it has been agreed that the drug will be available on the NHS, as is already the case in various other parts of the world.