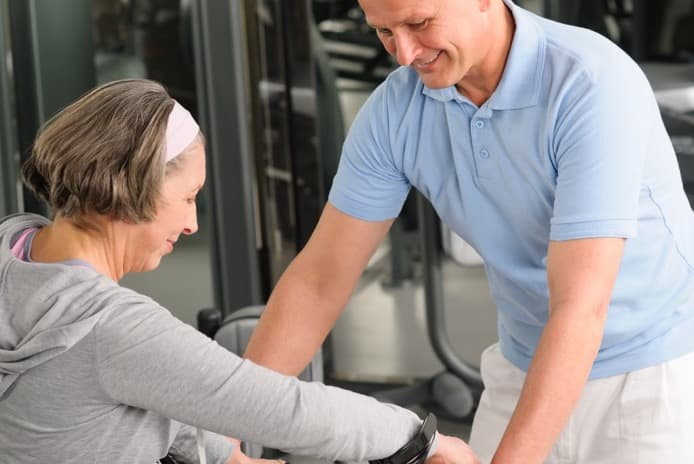 A recent study in Lancet Neurology compared the effectiveness of specialized physiotherapy and usual physiotherapy in Parkinson’s disease management.

Parkinson’s disease is a movement-related neurodegenerative disorder that primarily affects the dopamine-producing neurons within a specific region of the brain. Approximately 60,000 people are diagnosed with Parkinson’s disease every year in the U.S., and there are currently 10 million people afflicted with this debilitating disease globally.

Despite continual research in this field, the exact cause of the disease remains unknown, and the few available drugs used to combat this disease are designed to reduce symptomatic burden only. The symptoms of Parkinson’s disease include involuntary quivering movement (tremors), sluggishness in general movement, disturbances in gait, problems in general balance and coordination, problems in chewing, swallowing or speaking, and sleep disruptions. Parkinson’s is a notoriously hard disease to diagnose as the initial symptoms are often mistaken for age-related changes.

The pharmacological approach to managing Parkinson’s disease includes strategies to increase dopamine levels in the body. The main therapy utilizes a precursor of dopamine, called Levodopa, which is usually paired with another drug called Carbidopa, which in turn is administered to minimize the side-effects of Levodopa. In addition to this, the majority of focus when managing Parkinson’s is in physiotherapy, occupational therapy, and speech therapy.

Despite the increasing global burden of this disease, many health care workers are not specifically trained to deliver care for Parkinson’s. This gap was identified by the Dutch clinical community who introduced the ParkinsonNet (PN) program in 2004. The program utilizes an integrated network of highly trained physical therapists and health care workers who have acquired specific expertise in providing care and management to Parkinson’s patients. In this study, investigators from different centers in the Netherlands compared the effectiveness of specialized physiotherapy administered by ParkinsoNET portal vs. usual physiotherapy.

This three-year study was conducted from January 1, 2013, to December 31, 2015, and evaluated more than 4,000 patients by analyzing a medical claims database. The main endpoint measured the proportion of patients who presented with Parkinson’s related disease complication, for instance, a fracture or an injury caused by the disease. Other variables such as physiotherapist caseload, number of physiotherapy sessions, and treatment associated costs were also compared.

The Need for Specialization

What adds further value to this approach is that people who availed treatment from the specialized group needed fewer sessions in comparison to patients who went to general physiotherapists. Since these patients spent less time in the clinic, their general hospital costs were also lower by about 500 euros. The probability of in-hospital death (mortality risk) was also significantly lower in patients receiving care from the specialized physiotherapy group.

The study corroborates previous findings from similar studies that have highlighted the success of ParkinsonNET program. The authors go on to recommend that clinicians should encourage patients by referring them to the ParkinsonNET program. The investigator reasoned that since the health care providers in this network typically experience a greater case-load of Parkinson’s disease patients, they are more adept at handling the specific needs of the patients.  The data published in the study was in agreement to studies undertaken by the consultancy firm KPMG who about a decade ago had reported a savings of 640 euros.

Overall the study highlights the superior quality of care through the ParkinsonNET network and underscores the economic value of such programs. Given that the annual economic burden of Parkinson’s is high and is predicted to increase over time, such programs, tailored to provide individualized care for specific neurodegenerative diseases will need further promotion from the clinical community.