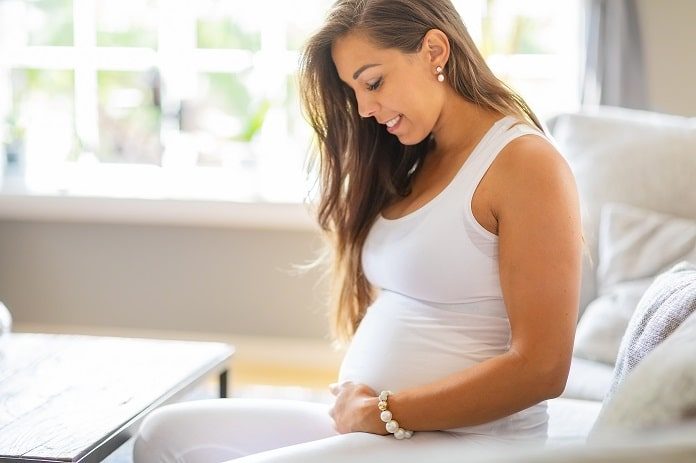 It has been known for a long time that babies need to be put down to sleep in a certain position (on their backs), but there has never been much information for pregnant women about safe sleeping positions during pregnancy. Researchers from New Zealand were interested in finding out more about this.

Recent data have suggested that there is an increased risk of stillbirth when a woman’s sleeping position during late pregnancy is on her back. By sleeping on her back, the weight of the baby compresses some major blood vessels in the abdomen of the mom, which can ultimately affect the amount of blood that reaches the baby via the placenta. To expand on this knowledge, researchers set out to answer a slightly different question, and find out whether the birth weight of infants is reduced when the mom has slept on her back in late pregnancy.

Researchers reviewed data from 1760 women. They recorded the position in which the women had lain when going to sleep. This position is the one that most people will stay in for the longest during the period of sleep. Only 3% of this group of women fell asleep on their back, but the data from them was sufficient to show that the babies born to these mothers had a significantly lower birth weight.

Changing the sleeping position is a simple intervention that can be easily made by pregnant women in the third trimester of pregnancy. Public health campaigns in both New Zealand and the UK have been recently launched to encourage women to sleep on their sides instead.