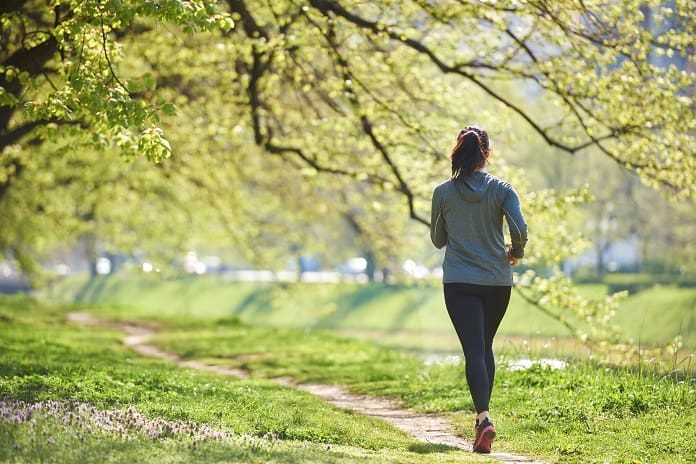 Researchers from the University of Copenhagen studied how exercising at different times of day may have different effects on metabolism.

Circadian rhythms are biological functions that occur repeatedly over periods of about 24 hours. Some daily rhythms, such as feeding, are easy to identify, while others are less obvious as they happen at the cellular level. These functions are under the strict control of the central clock, which is located in the brain and synchronizes with light/dark cycles of the environment through the optic nerve. Physical exercise is one of many ways our body spends energy, and energy expenditure plays an important role in regulating the metabolism of an individual. The positive effects of exercise on our metabolism are well known. However, the ideal timing of exercise in terms of health benefits is still an open question. Researchers from the University of Copenhagen, in collaboration with colleagues from the University of California, Irvine, set out to discover whether it is better to exercise in the morning or the evening. Their results are published in Cell Metabolism.

To investigate the effects of exercising at different times on metabolism, the scientists divided mice into two groups. One group of mice exercised at the beginning of the dark phase, which is the equivalent of our morning, while the other group exercised at the beginning of the light phase, which corresponds to our evening. Each group was divided into two sub-groups, which included mice that exercised, and mice that did not, providing a control group for comparison. The researchers then carried out a series of tests to evaluate how exercise at different times of day would influence gene expression and metabolism.

Metabolism responds differently based on the timing of exercise

The experiments carried out by the scientists revealed that exercise caused important changes in the metabolism of mice. Physical exercise in the morning activated genes within cells such that muscles would be more efficient at metabolizing fat and sugar. In contrast, evening exercise caused the metabolism to shift in a way to spend energy for an extended time period. The metabolic response after exercise in the morning appeared stronger than in the evening, and it likely involves the functioning of HIF-alpha, a protein that plays a role in regulating the circadian clock of the body.

While these experiments found that exercise in the morning has a stronger impact on the metabolism of mice, the evidence produced is not sufficient to determine whether it is better to exercise in the morning or the evening. Future studies will investigate the effects of timing of exercise in humans, and provide insights that could potentially translate into therapeutic approaches for people with metabolic disorders.

Exercise may have different effects in the morning and evening. https://www.eurekalert.org/pub_releases/2019-06/uoct-emh061319.php

Can exercise lead to atrial fibrillation?

Running Is the Key to Living Longer