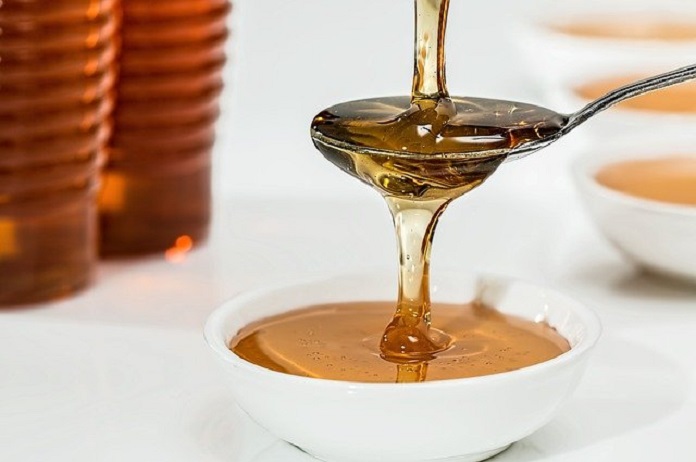 For people with diabetes, eating habits need to be strictly monitored or they risk experiencing damaging and even fatal health effects. High sugar foods in particular, are very risky for diabetics. So, is honey good for diabetics?

Mismanagement of diabetes can be fatal

Diabetes is a disease where your body is unable to regulate blood sugar, or blood glucose, properly. After eating a meal, blood sugar levels increase, signalling the release of the hormone insulin. Insulin has the ability to return blood sugar levels to normal, but in diabetics, insulin does not function as it should. Blood sugar levels can then become uncontrollably high or low, which can have both immediate and long-term effects on health.

Diabetes has been known to cause blindness, heart disease, and even kidney disease if blood sugar is not managed over a long period of time.

Managing levels of blood sugar is extremely important for the immediate and long-term health of diabetics. But, sugar is pretty much in everything, isn’t it? Breads, pasta, fruits, even vegetables. Eating dessert can be a real hurdle; some ice cream companies for example have purposefully created no added sugar varieties for diabetics. So, what are considered ‘good’ diabetes eating habits?

The glycemic index & how it can help

Diabetics sometimes use artificial sweeteners with a low glycemic index to keep sweetness while maintaining glycemic control. However, some diabetics do not want to use artificial additives. Honey, being naturally sweet, might be able to fulfil the need for a natural alternative… but what does science say about honey and diabetes?

Honey is a natural sweetener; but is it good for diabetics compared to the refined sugar in cakes, cookies, and ice cream? Is honey ok for diabetics to eat?

What is the glycemic index of honey?

Honey contains two types of sugars: 40% fructose and 30% glucose. Glucose has a 100 GI and table sugar or white sugar (sucrose) has a GI of 60. Fructose on the other hand, has a GI of 19.1 Honey, being mostly fructose, has a relatively low glycemic index compared to other sugary foods made with sucrose.

There have been many studies that have reported a decrease in blood sugar levels when honey is consumed. But how can this be? If fructose is a sugar, how do blood glucose levels decrease?

Honey is better than table sugar

One study looked at the blood glucose levels in both normal and type 2 diabetic rats. They gave fructose or sucrose in various doses, 0.05g/kg, 1.0g/kg, and 0.4g/kg4. The rats that received fructose had lower blood sugar levels than those given sucrose. The group of rats that received the lowest amount of fructose had the lowest blood glucose levels. This result suggests that the high proportion of fructose in honey may lend itself well as a substitute for table sugar, although should still be consumed in relatively small amounts.

Other benefits of honey

Honey has so many more health benefits than meets the eye. Honey is packed full of vitamins and minerals; it contains significant amounts of potassium, vitamin C, and folate. More importantly, it has also been shown to help manage weight and fight tissue damage.

Honey may be a good sugar substitute for diabetics wanting to maintain a healthy weight.  In one study, 42 people with type 2 diabetes were put on a strict weight maintenance diet for eight weeks, some were given 50g of honey per day, while others were not. At the end of the study, the people who were given honey had significantly reduced their waist circumference.6

You have probably heard of antioxidants, and how they are extremely important for health maintenance. Antioxidants help get rid of free radicals in the body which can cause damage to tissues and even lead to cancer. Honey has antioxidant properties in the body and on pancreas and kidney tissue specifically.

Beta cells in the pancreas are responsible for releasing insulin. When these cells are oxidized and damaged, insulin release and glycemic control is hindered.7 Oxidation then can contribute to insulin resistance in the body.

One long-term side-effect of diabetes is kidney disease. Oxidation of kidney tissue can contribute to this loss of kidney function. One study reported that diabetic rats given honey had decreased oxidative stress in their kidneys.3

Studies have shown that a hyperglycemic state can actually induce oxidative stress.5

For those struggling with diabetes management, speak with your doctor to see if honey – in moderation – may be a good natural substitute for refined sugar.

It may help protect against harmful oxidation that plays a role in insulin resistance and kidney damage. Honey may also be a good sugar-substitute to weight management diets.

Top 8 things to know about the 2019 Novel Coronavirus

Does glucosamine work for joint pain?