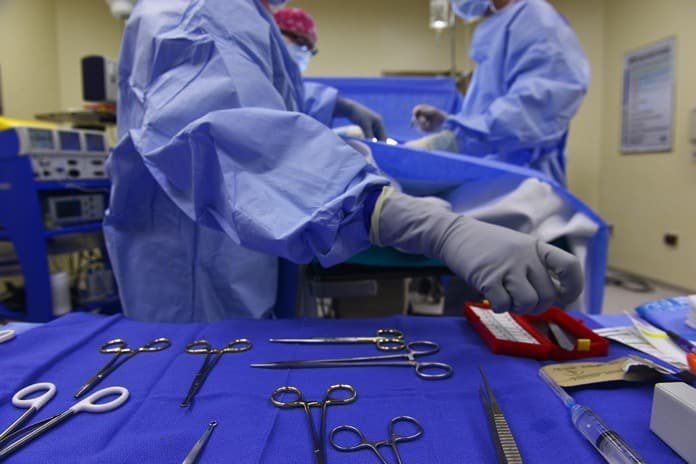 Researchers compared the progression of type 2 diabetes of obese teenagers who were treated with either medications or bariatric surgery.

Bariatric surgery is carried out on patients that need to lose weight. The surgery involves reducing the size of the stomach either by removing a portion of it or by placing a band. Bariatric surgery has been done on obese teenagers with type 2 diabetes. Obesity is associated with type 2 diabetes, and so efforts to promote weight loss are part of the treatment plan for patients with this condition. Other ways of reducing weight loss, instead of bariatric surgery, include lifestyle changes such as eating healthily and regular exercise.

Type 2 diabetes occurs when the body is unable to deliver sugar that has come from the diet and is circulating in the bloodstream, effectively to the tissues that need it, such as, the brain, muscle, and kidneys. Normally, the hormone insulin enables the transfer of sugar to occur in these tissues. However, in type 2 diabetes the body either stops producing insulin or does not respond properly to the insulin.

Tests to diagnose and monitor type 2 diabetes include measuring the concentration of a part of a red blood cell called glycated hemoglobin. A high level of glycated hemoglobin is indicative of high levels of sugar in the blood over the previous few months. Complications from type 2 diabetes develop slowly but can be disabling and eventually life-threatening. However, through treatment, healthy blood sugar levels can be attained and complications can be reduced.

As a result of obesity being a primary risk factor for type 2 diabetes, a research group based in Colorado, USA designed a study to determine whether there is a difference in the ability to control type 2 diabetes following bariatric surgery or the use of medications in obese teenagers with this condition. The researchers described a change in the outcome as a change in control of blood sugar levels as measured by glycated hemoglobin.

Other outcomes measured by the investigators included whether insulin was needed to control diabetes, weight loss, and the occurrences of complications related to type 2 diabetes such as high blood pressure. In addition, any complications that occurred in patients as a result of surgery were reported. The findings of the study were recently published in JAMA Pediatrics.

Overall, 30 teenagers underwent bariatric surgery, and 63 teenagers were treated non-surgically. Non-surgical treatments included medications other than insulin, or intensive lifestyle changes. The patients were followed for two years after either the surgery or the non-surgical interventions.

The researchers found that overall, the glycated hemoglobin decreased in the group of teenagers that had surgery. This indicates that the amount of sugar in the bloodstream was less and at a healthier level than before the patients had surgery. Conversely, the results from patients who underwent non-surgical interventions showed that the glycated hemoglobin actually increased, demonstrating a deteriorating control of their type 2 diabetes. Furthermore, the body mass index, which is an indicator of weight loss, decreased in patients following surgery, whereas weight gain actually occurred in patients who had only a medical intervention. Additionally, the patients who had bariatric surgery showed more improvement in other complications that can occur with type 2 diabetes, such as high blood pressure.

Bariatric surgery is not without risks

The researchers concluded that following bariatric surgery, patients had an improved the control of type 2 diabetes, and most of the patients actually experienced a remission of the condition, along with improvements in both weight and blood pressure. These findings are in line with those from adult patients who have had bariatric surgery. It is becoming apparent that teenagers with type 2 diabetes show a faster progression of disease than adults. As a result, the researchers discuss that effective treatments such as bariatric surgery should be performed sooner rather than later to slow down the progression of the disease and the associated complications.

Can a vasectomy cause testicular cancer?