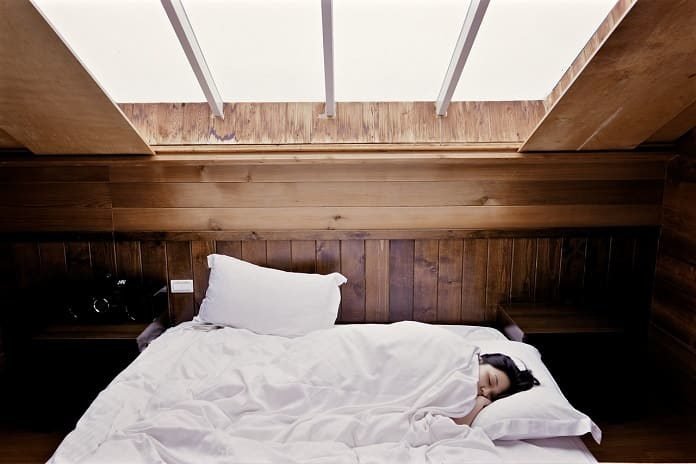 A recent study by Lunsford-Avery and colleagues investigated whether an irregular sleep schedule is associated with a higher risk of negative cardiovascular and psychiatric health outcomes.

Previous research suggests that an insufficient amount of sleep and a disruptive sleep schedule may be associated with negative health outcomes. For example, some studies have found that a poor quality of sleep may be associated with an increased risk of cardiovascular disease, a leading cause of morbidity and mortality worldwide. However, this type of research has been partly limited by the inability to accurately and consistently measure sleep quality. It is important, therefore, to develop novel metrics that measure different aspects of sleep, including quality and regularity, and to subsequently use these novel metrics to investigate the effects of sleep on different aspects of human health.

In a recent study, published in Scientific reports, Lunsford-Avery and colleagues utilized a novel metric called the Sleep Regularity Index (SRI) to investigate whether an irregular sleep schedule was associated with cardiovascular and psychiatric health outcomes. The SRI was initially developed in 2017 by Phillips and colleagues to measure how consistent someone’s sleeping patterns were, without accounting for sleep duration.

In the current study, the authors validated the use of SRI using participants from the Multi-Ethnic Study of Atherosclerosis (MESA), which included 1,978 adults aged 45 to 84. Specifically, the authors found that a higher SRI was associated with delayed sleep timing, reduced physical activity, and increased daytime sleep and sleepiness. Interestingly, the authors also found that SRI differed significantly between participants of different racial and ethnic identities. More precisely, they found that minorities exhibited higher sleep irregularity compared to Caucasians. Together, these findings were highly consistent with Phillips and colleagues, and thus validated the use of SRI as a reliable and consistent measure of sleep regularity.

Next, the authors utilized the new SRI metric to investigate whether disruptive sleeping patterns were associated with an increased risk of cardiovascular disease and psychiatric health. In summary, irregular sleep was significantly linked with higher risk of cardiovascular-related complications, including obesity, high fasting sugar levels, and atherosclerotic disease. Furthermore, individuals with hypertension and other metabolic diseases displayed more irregular sleeping patterns, compared to healthy participants. In addition to increased cardiovascular risk, irregular sleep was associated with negative psychiatric outcomes including depression severity and perceived stress.

While the link between sleep quality and health outcomes is becoming increasingly more convincing, further research is still necessary to uncover the signaling pathways and mechanism through which irregular sleep contributes to the development and progression of cardiovascular and psychiatric complications.