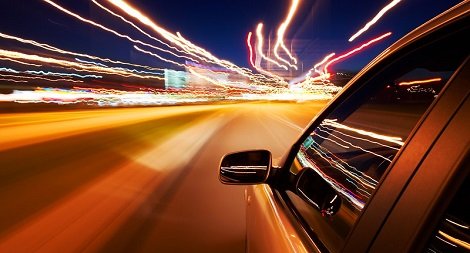 Researchers conclude that risky drivers display distinct personality, cognitive and neurobiological traits, depending on the “risk” displayed; thus, interventions to target risky driving should be consistent with the specific traits exhibited

Traffic accidents account for the number one preventable contributor to worldwide morbidity; an estimated 5 million people per year die from driving-related injury or death. Human factors, including risky driving (RD), are responsible for 90% of all crashes. Such RD includes driving under the influence, speeding, distracted driving and fatigued driving. The present study investigated the personality, cognitive and neurobiological characteristics of risky drivers who present three forms of RD: alcohol impairment, non-alcohol impairment (speed), or a combination of the two. It was hypothesized that repeated engagement in a specific form of RD is an indicator of the personality, cognitive and neurobiological processes that underlie it.

In this study, published in the journal PLOS ONE, male drivers between the ages of 19 and 39 were recruited. They recruited participants who received >2 driving under the influence charges for the alcohol impairment group (DWI), >1 driving under the influence charge and 1 moving traffic violation for the MIXED group, and >3 moving traffic violations for the non-alcohol impairment group (SPEED). Driving behaviour was then examined, alongside personality characteristics, cognitive factors (decision making, executive functioning) and neurobiological factors (cortical stress response).

As predicted, each RD group displayed a distinct personality and cognitive profile. The DWI group was consistent with poor behavioral regulation associated with alcohol, the SPEED group was consistent with stimulation-seeking behaviours, and the MIXED group showed consistent fearlessness. The differences displayed were consistent with lowered cortisol stress responses, regardless of the different behavioral consequences displayed by the three RD groups. A major limitation presented was the omission of female participants, and future research can include female drivers to limit the generalization presented in the present study.

Furthermore, the development of interventions for the DWI group can provide them with information on the negative consequences of mixing alcohol and motor vehicle operation to potentially prevent future accidents. The results found in the current study can help further explain specific reasons for risky driving, and can thus lead to the development of more personalized prevention efforts to prevent risky driving in the population as a whole.