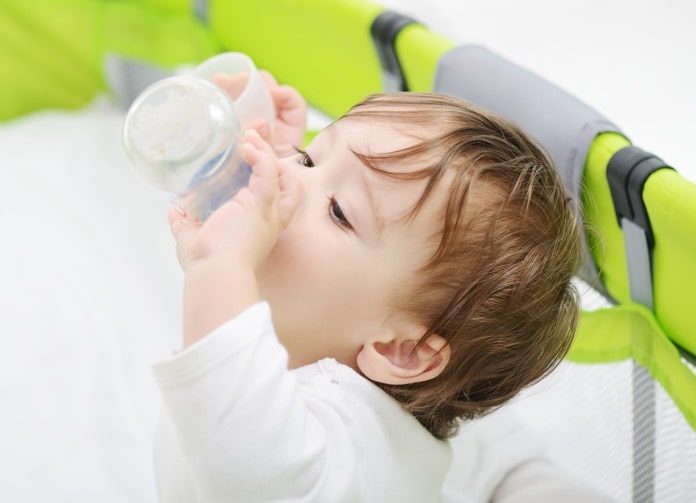 Collaboration between two research groups led to identifying a species of bacteria that protects against cow’s milk allergy.

Food allergy is an adverse reaction of our body to the ingestion of certain foods. The immune system recognizes food components as a threat and starts a reaction. While definitive proof still lacks, research studies indicated an increase in the frequency of food allergies over the last two to three decades, with cow’s milk allergy being the most common infant food allergy.

Food allergies are more frequent in industrialized countries and affect children more often than adults. Despite the variety of food consumed by people worldwide, the most severe allergies involve a small number of food items such as peanuts, tree nuts, fish, shellfish, egg, milk, wheat, soy, and seeds.

The occurrence of food allergies, like all chronic diseases, is influenced by genetic as well as environmental factors. Certain risk factors such as sex, ethnicity, and genetics are not under our control. We can instead address other factors to reduce the risk of allergy. We can intervene on hygiene measures, dietary precautions, vitamin D insufficiency as well as on other factors.

The gut microbiota plays a role in food allergy

The microbes that colonize and live in the human intestine form the intestinal microbiota. These bacteria process food and produce nutrients that are beneficial to us such as vitamins. Research studies have claimed that the composition of the microbiota might have implications in the occurrence as well as in the resolution of food allergies.

A study of cow’s milk allergy found that bacterial species in feces from allergic infants were markedly different from those of their healthy counterparts. Building on this finding, research groups from the University of Naples Federico II (Italy) and the University of Chicago (USA) continued their collaboration and investigated the protective effects of certain bacteria against cow’s milk allergy. Their results were recently published in Nature Medicine.

The researchers isolated intestinal microbes from eight donor infants. Four of these children suffer from cow’s milk allergy while the other four are healthy. The microbes were then transplanted in germ-free mice, which were grown in a sterile environment and did not develop their own microbiota. The mice fed on the same formula eaten by the infants, in addition to mouse chow. The scientists then tested allergy levels in the two groups of mice and found that animals with microbes from allergic infants developed severe reactions to cow’s milk. In contrast, mice treated with germs from healthy children did not show signs of reactions.

A group of germ-free mice served as control since they did not receive any human microbes. These animals displayed severe reactions to cow’s milk, making it apparent that transplanting gut microbes from healthy infants provided a protective effect in mice.

Research work continued on a quest to study the differences between the microbiota of healthy and allergic mice. Scientists performed analysis of gene expression between the two groups of microbes, and identified the species Anaerostipes caccae as the one responsible for protecting mice against cow’s milk allergy.

The effect of these bacteria against food allergy was proved in a different set of experiments, where mice colonized with only A. caccae did not suffer from severe allergic reactions to cow’s milk, whereas mice with microbes from allergic infants did.

In conclusion, this study provided evidence supporting the hypothesis of gut microbiota playing an important role in food allergy. The researchers were able to prove that microbes from healthy children provided protection against cow’s milk allergy when transplanted in mice. Further work led to isolate A. caccae, the species responsible for this effect. These bacteria can produce a substance called butyrate, which provides energy to certain cells in the colon and favors the creation of a healthy microbial community in the intestine. This work paves the way for future strategies aimed at modulating the composition of the gut microbiota to prevent food allergies.