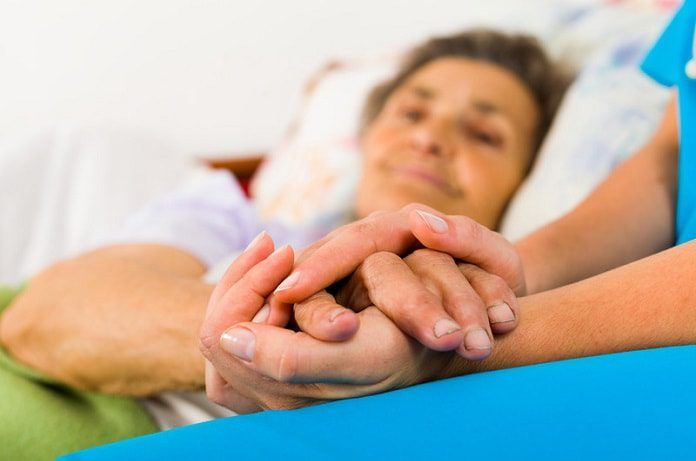 Delirium is a costly yet preventable, common post-surgical complication in the elderly population. A recent study shows that an intervention program called mHELP greatly reduces cases of delirium post-surgery in older patients.

Delirium, an acutely disturbed state of mind, is considered the most common complication following surgery in the elderly population. Delirium can have severely negative effects on the recovery of elderly patients, including increased morbidity and mortality rates. Delirium also affects the length of stay in the hospital for elderly patients. In the United States alone, delirium accounts for more than $164 billion in health care costs. However, many cases of delirium are preventable, posing a challenge to medical institutions everywhere to implement intervention programs to help prevent delirium and thus decrease the length of costly hospital stays.

Chen and colleagues aimed to decrease the incidence of delirium and reduce length of hospital stay by modifying a cost-effective and widely used protocol called the Hospital Elder Life Program (HELP). The research group’s modified version of HELP, which they called mHELP, consisted of orienting communication (e.g. patients were engaged in conversation), oral and nutritional assistance (e.g. patients were helped with tasks such as brushing their teeth), and early mobilization (e.g. physical therapy). Chen and colleagues published the results of their clinical trial in JAMA Surgery.

The study consisted of 377 elderly patients (65 years of age or older) admitted to a medical center in Taipei, Taiwan. Patients having abdominal surgery and expected to stay 6 days or longer in the hospital were eligible for enrolment. Patients were then randomly assigned to either the mHELP group or a control group. Both groups received “usual care”, which consisted of standard care provided by surgeons, nurses, physical therapists, etc. The mHELP group received additional daily care, as described above, by a trained mHELP nurse. Delirium was measured by the Confusion Assessment Method, a widely used technique that relies on an interview and daily assessment of cognition to examine symptoms of delirium.

The researchers found 13 cases of delirium in the group that received mHELP, whereas the control group had 27 cases of delirium. In others words, the mHELP intervention program was associated with a 56% risk reduction for delirium. The mHELP program shortened the time spent in the hospital by 2 days, from 14 days in the control group to 12 in the mHELP group, although significant, this effect was not as powerful as the reduction in the number of delirium cases. Regardless, the mHELP program both delayed and reduced delirium, to greatly benefit elderly patients undergoing abdominal surgery. This clinical trial is incredibly beneficial to the medical field, as mHELP appears to be an effective starting point for treating a costly and preventable post-surgical complication like delirium.