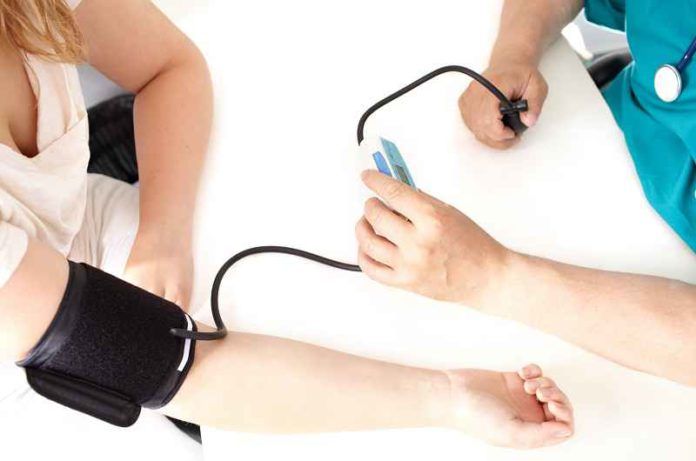 Blood pressure function may decrease the risk of kidney malfunction and cardiovascular death, yet the optimal blood pressure target range remains undefined. A study found that intensive lowering of blood pressure in chronic kidney disease (CKD) does not improve overall renal kidney outcomes although nonblack patients and those with proteinuria might see some benefit.

Chronic kidney disease (CKD) is characterized by a gradual and progressive failure of the kidneys. CKD could result from diabetes or high blood pressure (BP). The prevalence of CKD in the global population ranges from 8% to 16%, with a majority of patients being non-diabetic. Blood pressure control in non-diabetic CKD patients has been shown to reduce the risk of kidney malfunction and cardiovascular death. However, the optimal blood pressure range that could provide renal protection remains undefined.

A study published in JAMA Internal Medicine compared intensive BP control and standard BP control strategies to determine major renal outcomes in non-diabetic CKD patients. The study conducted a systematic literature review of publications up to March 24, 2016, from 4 database sources. Publications of randomized clinical trials comparing intensive BP versus standard BP strategies in non-diabetic adult CKD patients were identified. The included studies had to be full-length peer-reviewed publications with at least 1 of the following outcomes: changes in glomerular filtration rate (GFR), doubling serum creatinine levels, 50% reduction in GFR, end-stage renal disease (ESRD), or death. To ensure the data quality, 2 investigators independently determined the relevant information from all the included studies and publication bias was controlled for.

The study identified 9 trials with a median follow-up of 3.3 years and a total of 8,127 patients. Of the 9 studies, 6 included mostly whites, 2 mostly blacks, and 1 mostly Asians. The study found that, compared with the standard BP target, intensive BP lowering did not show a significant difference in the annual rate of GFR, doubling of serum creatinine, 50% reduction in GFR, ESRD, or death. There was no significant difference in overall renal outcome between intensive BP lowering versus standard BP lowering. The study also found that when subject data was categorized according to race, intensive BP control resulted in a faster yearly rate of decline of GFR and a faster decline in GFR overall in blacks as compared with nonblacks. Yearly change in GFR and ESRD could be associated with different levels of proteinuria. However, the intensive BP control was not significantly different among individuals with different severities of proteinuria. Intensive BP control was found to slow the rate of decline in GFR in individuals with proteinuria higher than 1g/d and lower the risk of ESRD among individuals with proteinuria levels at 0.5 g/d.The findings of the study remain limited as it did not directly involve patients. Moreover, differences in characteristics of patient population and differences in trial design could confound these results.

Overall, the study concluded that intensive lowering of BP does not provide additional renal protection when compared to standard BP. However, nonblack, non-diabetic CKD patients and those with severe proteinuria may benefit from such intensive BP lowering strategies.