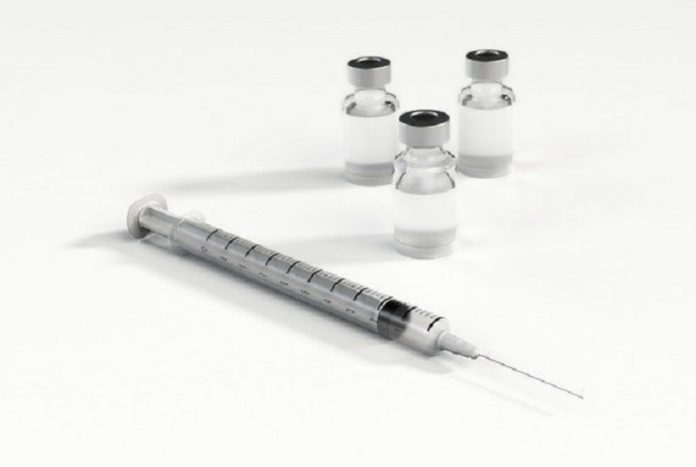 New study finds that injecting tumours with flu vaccine may switch tumours from “cold” to “hot”.

Immunotherapy is a promising new cancer treatment option that harnesses the body’s own immune system to attack cancer cells. Cancer immunotherapy provides an alternative to classical treatments such as chemotherapy and radiation that are associated with a host of undesirable side-effects. However, major challenges remain in the clinical implementation of cancer immunotherapy. This approach may only be effective in select cancer patients that have so-called “hot” tumours. This refers to tumours with a large number of immune cells in the immediate environment surrounding the tumor. The recruitment of inflammatory immune cells to the tumor site is beneficial because it aids in the eradication of the cancer. Better treatment response and survival rates are typically seen in individuals with “hot” tumours. In contrast, a significant proportion of patients have “cold” tumors, characterized by an absence of immune cells in the surrounding microenvironment or the presence of regulatory immune cells that further suppress local immune defenses.

One way to transform a “cold” tumor into a “hot” tumor involves introducing foreign pathogens (such as bacteria or viruses) to the tumor site. Foreign pathogens can trigger a strong immune response that “jumpstarts” the immune system to recognize and fight the tumor.

Scientists from Rush University Medical Center observed this phenomenon in medical administrative data from the Surveillance, Epidemiology, and End Results (SEER) database. They noted that lung cancer patients who had been hospitalized for the flu experienced lower rates of cancer death. This prompted the hypothesis that exposure to the influenza virus may bolster the immune response against tumours. They tested this theory in mice.

“We wanted to understand how our strong immune responses against pathogens like influenza and their components could improve our much weaker immune response against some tumors,” said Andrew Zloza, assistant professor in Rush Medical College’s Department of Internal Medicine and senior author of the study.

Zloza and his team found that injecting heat-inactivated influenza virus into a tumour resulted in reduced tumor growth. Importantly, this injection also conferred protection against subsequent influenza virus infection. The study was published in the journal Proceedings of the National Academy of Sciences.

The researchers showed that a heat-inactivated influenza vaccine may also be effective against metastatic tumours – cancerous cells that have broken off from the primary tumour and colonized at distant sites of the body. In a bilateral flank experiment, researchers designed a mouse with skin tumours on both left and right sides. The vaccine was injected into the left side alone, but reduced growth was evident in the right tumour as well, suggesting a systemic anti-tumour response.

“Our successes with a flu vaccine that we created made us wonder if seasonal flu vaccines that are already FDA-approved could be repurposed as treatments for cancer,” Zloza said. “Since these have been used in millions of people and have already been shown to be safe, we thought using flu shots to treat cancer could be brought to patients quickly.” The commercial flu shot was shown to be effective in reducing tumour growth, improving response to cancer immunotherapy and protecting against influenza virus lung infection in a mouse model.

The researchers also defined a mechanism for the anti-tumour immunity associated with intratumoural vaccination. Vaccination increased levels of special types of immune cells, those called dendritic cells that stimulate the immune system, as well as CD8+ T cells that recognize and destroy the cancer.

Based on these findings, the researchers proposed that injection of commercially available flu vaccines into accessible tumours would have a dual benefit of influenza protection and improved anticancer immune infiltration.

“Eventually both patients who respond and who do not respond to other immunotherapies might benefit from the injection of influenza vaccines into the tumor, and it may increase the small proportion of patients that are now long-term responders to immunotherapies,” said Zloza.