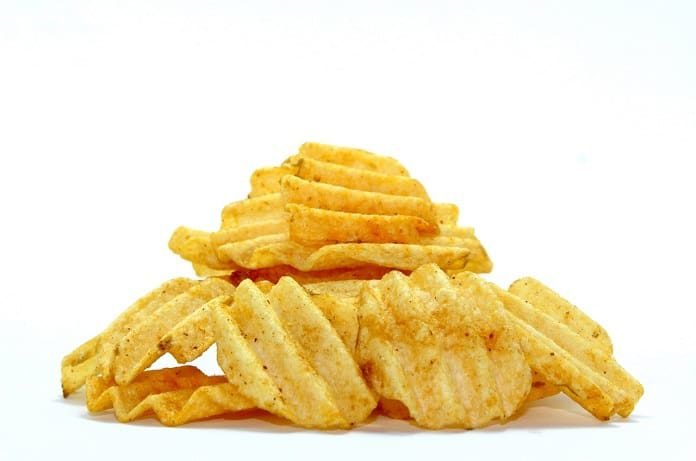 A new study finds an association between the serum levels of trans-fatty acids and that of the inflammatory markers high-sensitivity C-reactive protein (hs-CRP) and fibrinogen, suggesting that dietary trans-fatty acids may contribute to inflammation-related disorders such as diabetes mellitus and cardiovascular disease.

Trans-unsaturated fatty acids (also known as trans-fatty acids or trans-fats)are unsaturated fatty acids that contain at least one double bond in the trans orientation between the carbon atoms that make up the hydrocarbon chain of the fatty acid. They are present in small amounts in some meat and dairy products. However, the bulk of trans-fats are likely obtained from margarine, shortening, fried fast food, packaged snacks, and baked food products. For commercial use, trans-fats are produced by adding hydrogen atoms to vegetable oil in a process called hydrogenation. They are used in processed foods to improve taste and increase shelf life.

Previous studies have shown that dietary intake of trans-fatty acids is linked to a rise in systemic inflammatory markers.1,2 Inflammatory markers are like a biological red flag; when we see inflammatory markers, we know that the body is trying to repair damage or is fighting off disease or infection through inflammation.  However, these studies used food questionnaires and/or nutrient databases to estimate dietary trans-fat intake, which can be prone to error. A new study, which published its findings recently in the Journal of Nutrition and Metabolism, measured trans-fat levels in the blood serum and correlated this with the blood serum levels of two markers of systemic inflammation, hs-CRP and fibrinogen.3

These results confirm the findings of previous studies that report a link between dietary trans-fat intake and inflammatory marker levels. Studies have also noted that that the treatment of human endothelial cell cultures with trans-fats induces a pro-inflammatory response by activating a protein called nuclear factor-kappa B (NF-kB), which then activates the expression of the pro-inflammatory protein intercellular adhesion molecule-1 (ICAM-1).4Chronic inflammation has been noted as a mechanism underlying the development of type 2 diabetes and cardiovascular disease.5

Overall, these findings indicate that chronic inflammation can be reduced by reducing dietary trans-fat consumption.Start by reading nutrition labels on packaged foods and choosing those that have low or no trans-fats. Other steps could include using non-hydrogenated margarine instead of shortening for baking, cutting your consumption of deep-fried foods, and adopting a diet rich in whole grains, fruits, and vegetables.