Home Health and Wellness Fitness Infections from Sushi: What You Need to Know 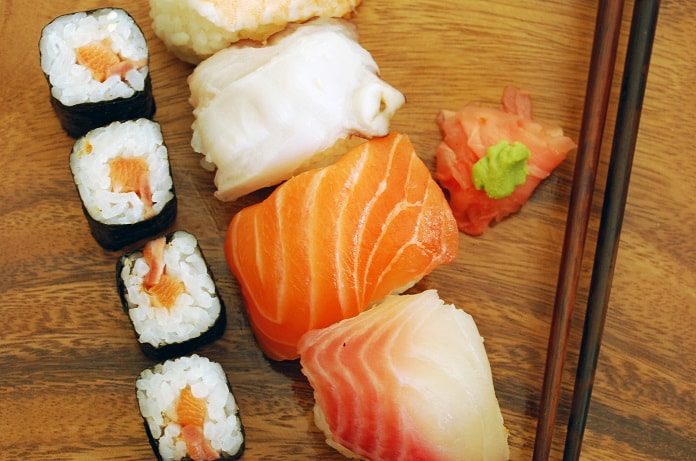 Abdominal pains can stem from a myriad of causes ranging from acid reflux to severe ulcers; gastrointestinal pain is associated with a diverse range of ailments. A combination of certain symptoms can even point to a nasty parasite infection—anisakiasis. Caused by worms from the genus anisakis, this infection results from consumption of contaminated raw or undercooked fish and seafood. Accordingly, sushi is often to blame, as seen in a recent case study which aims to raise awareness in the medical community of infections from sushi.

Published in BMJ Case Reports, the paper presents a previously healthy 32-year-old man who was admitted into a Portuguese hospital with severe gastrointestinal pain, vomiting, and low-grade fever—symptoms that had persisted since the previous week. A physical examination confirmed the tenderness of his abdomen and subsequent laboratory results showed mild leukocytosis, an elevated white blood cell count characteristic of inflammation and infection. When the patient revealed that he had recently consumed sushi, the doctors decided to use an endoscope, a long and flexible tube with a camera on the end, to confirm their suspicions. Sure enough, the camera showed a larva of a parasite attached to the swollen gut lining. Upon removal of the larva with a net, the patient’s symptoms resolved immediately. Microbiological analysis confirmed that the larva belonged to the genus anisakis, a fish parasite.

While infections from sushi are more commonly reported in Japan due to their cuisine, they are becoming more recognized in the West. Furthermore, due to changes in food habits, the researchers predict that anisakiasis is a growing disease in Western countries. For those in who work in healthcare, this means being on the lookout for patients who have recently consumed fish or seafood presenting with gastrointestinal symptoms and low-grade fever; it should also be noted that severe leucocytosis and/or allergenic symptoms may also be present. For everyone else, don’t let this article deter you from your sushi addiction: raw fish can still be safely eaten. Just be sure that the restaurant you’re eating at prepares seafood in adherence to food safety regulations and—perhaps more importantly—is well-reviewed.