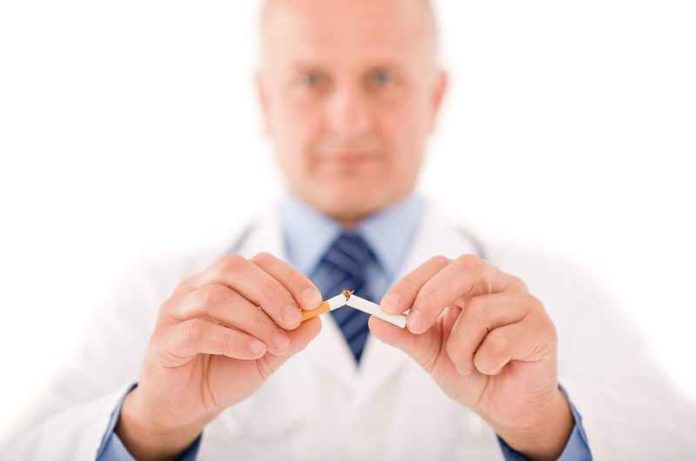 Cigarette smoking is considered a risk factor for a number of surgical complications, including infection at the site of incision. The impact of the duration of abstinence from cigarette smoking, especially brief periods of abstinence, on rates of infection related to surgery, however, are unknown. An appropriate understanding of the risks associated with surgery-related infection is important to the formation of guidelines for patients undergoing surgery, and as such, may help reduce rates of surgery-related infection.

In a 2017 study published in JAMA Surgery, researchers sought to determine whether the rate of surgical site infection (SSI) in cigarette smokers decreases when smoking is abstained from on the date of surgery, and whether current smokers are more likely to develop an SSI. The records of adult patients who underwent any type of elective surgery between January 1, 2009, and July 31, 2014, and who developed an SSI were evaluated. For those who developed more than 1 SSI, only the first instance was taken into account if the SSIs did not occur within a year of each other. Each case of SSI in a smoker was analyzed against 1 or 2 controls with regard to age within 10 years, sex, the date of surgery within 5 years, and the duration (between half and twice the length) and type of procedure. Procedures were defined as either clean or clean-contaminated (at high risk for infection and consisting of entry into the respiratory, gastrointestinal, or genitourinary tracts). Current versus non-current smoking status was verified based on levels of carbon monoxide on the breath before surgery, with high levels indicative of recent smoking. Other factors influencing the likelihood of infection, including body mass index, physical status according to the American Society of Anesthesiologists (ASA) and throat or bladder temperature, were also taken into account.

During the study period, 1.4% of clean procedures and 3.4% of clean-contaminated procedures resulted in an SSI. Of the cases meeting study criteria, 2,452 were evaluated for the effect of current smoking status on SSI risk and 137 for the effect of smoking on the day of surgery. In total, 7.5% of SSI cases and 5.4% of non-infected controls reported current smoking. Current smokers were more likely to have an ASA score of 3 (severe, system-wide disease) or 4 (life-threatening severe, system-wide disease) compared to a score of 1 (healthy) or 2 (mild, system-wide disease). Current smokers had a 44% greater risk of SSI than non-current smokers for clean procedures and a 56% greater risk for clean-contaminated procedures when all factors were taken into account. Daily cigarette consumption and throat and bladder temperature were similar between current and non-current smokers. ASA scores for cases and controls did not differ significantly with respect to smoking on the day of surgery. A total of 67.9% of SSI cases smoked on the day of surgery compared to 53.7% of non-infected controls. Smoking cases who underwent clean procedures had a 129% increased likelihood of smoking on the day of surgery compared to non-infected controls, and cases who underwent clean-contaminated procedures had an increased likelihood of 76% – these increased likelihoods were 90% and 68%, respectively when all factors were taken into account, which was not considered statistically significant. Levels of exhaled carbon monoxide did not differ between cases and non-infected controls.

Overall, the study’s findings suggest that current smokers are more likely to develop an SSI, and that the likelihood of infection decreases with smoking abstinence on the day of surgery. Further, the reduction in SSI risk among abstainers appears to be unrelated to exhaled carbon monoxide levels.  This may be due in part to the varying lengths of time between carbon monoxide measurement and surgery, and the varying ability and intentions of patients to remain abstinent. As only the carbon monoxide levels of patients who self-identified as current smokers were tested, the number of current smokers in the study population may have been underestimated. Similarly, the non-smoking control group consisted of both former smokers and those who had never smoked – groups which may differ in SSI risk. Further research will be required to establish a cause-and-effect relationship between smoking on the day of surgery and increased SSI risk, including the effects of pre- and post-operation smoking, and to determine which durations of smoking abstinence significantly impact SSI risk.