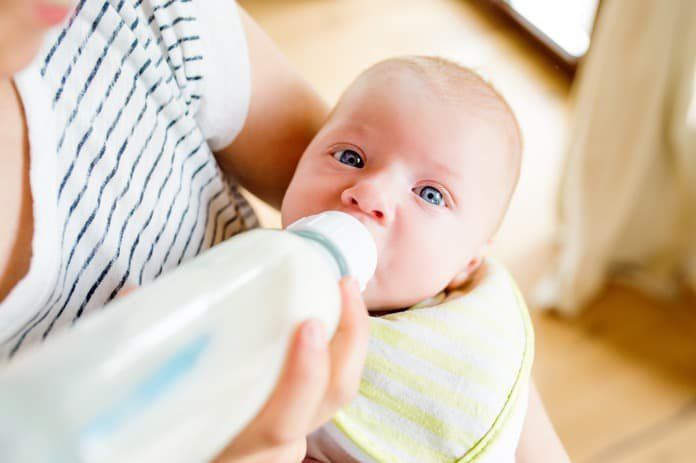 A recent study in the British Journal of Nutrition reviewed the latest evidence on the health benefits of infant formula supplemented with prebiotics.

Breastfeeding is encouraged and recommended to mothers as providing the best nutrition for their babies. However, when breastfeeding is not possible for mothers, infant formula is a healthy alternative. Some infant formula brands are supplemented with probiotics or prebiotics. Probiotics are living strains of “good” bacteria which colonize the gut and help to maintain a healthy gut environment. They can be found in fermented foods such as yoghurt. Prebiotics are non-living indigestible carbohydrates that promote the growth of “good” bacteria already in the gut, leading to a healthy gut environment. Prebiotics can be found in various fruits and vegetables as well as breast milk.

Since that review, there have been further studies on prebiotic-supplemented infant formula. Researchers in Poland performed an updated review of the evidence. They recently published their findings in the British Journal of Nutrition.

The researchers made an extensive search of the published medical literature up to March 2017 to identify relevant studies on prebiotic supplemented infant formula. A total of 41 studies were identified, including 25 new studies since 2011, and these were included in their analysis. They looked at safety and clinical effects of prebiotic infant formula on growth, tolerance of feeding, stool frequency and consistency, diarrhea, respiratory infections, allergies and need for antibiotic treatment. They also examined any evidence of the infant formula’s promotion of “good” gut bacteria.

Insufficient evidence to support the routine use of prebiotic-supplemented formula

There was no evidence of any safety concerns related to the use of prebiotic-supplemented infant formula. There was some evidence of beneficial health effects, mostly related to stool softening, and this may be helpful for some infants. However, there was not enough evidence to recommend the routine use of prebiotic-supplemented infant formula. The findings regarding the promotion of “good” gut bacteria were not consistent.

The researchers concluded that their updated review did not change the conclusions from the 2011 ESPGHAN review. They noted that there is still a relatively small amount of published data on prebiotic supplemented infant formula, and the safety and effects of each product should be considered individually.