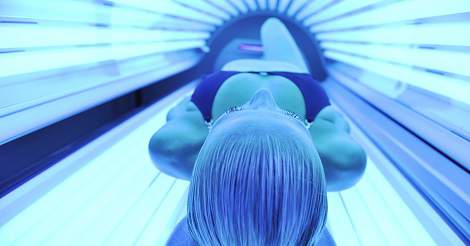 According to a study recently published in the Journal of the American Medical Association (JAMA) Dermatology, individuals who frequently tan indoors are more likely to sunburn, and avoid sun protection and skin cancer screening, and therefore have a risk for skin cancer beyond that attributable to indoor tanning alone.

The researchers conducted this study by using self-reported survey data from the cross-sectional population-based study of US 2015 National Health Interview Survey (NHIS). They examined a population of 10, 262 individuals who were non-Hispanic white adults (49% female, 51% male), who had no history of skin cancer, and who were between the ages of 18 and 60 years old. Frequency of indoor tanning was defined as the number of times that a participant had used a sunbed, sunlamp, or tanning booth (excluding spray-on tans) in the past year. Responses were classified as none (0 times), moderate (1 to 9 times), and frequent (more than 10 times) indoor tanning. Participants were also asked questions related to how often they stay in the shade, use sunscreen, wear a hat that shades the neck, face and ears, wear long pants, and wear a long-sleeved shirt; responses were classified as always, most of the time, sometimes, rarely, or never. ‘Multiple sunburns’ was defined as having a minimum of 2 sunburns within the past year.