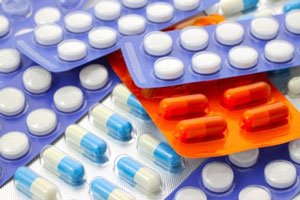 A study of anticholinergic drugs has found an association between the use of these types of drugs and an increased risk of dementia. These results have implications for the use of both prescribed and over the counter medications.

Common anticholinergic drugs include: over the counter antihistamines for allergies, oxybutynin and tolterodine for overactive bladder, and doxepin or amitriptyline in tricyclic antidepressants (also used for migraine prevention or neuropathic pain).

Some of the known short-term risks of using anticholinergic medications are impairment of working memory, attention, or psychomotor speed; however, long-term and cumulative effects have not been well studied. Therefore, the main objective of a study published in the Journal of the American Medical Association was to assess the association between cumulative use of anticholinergic drugs and risk of dementia. The study used data derived from the ‘Adult Changes in Thought’ study, in Seattle, Washington, USA. A total of 3434 participants, aged 65 years or older, with no dementia at initiation of the study, were included. Cumulative exposure to anticholinergic drugs was calculated using pharmacy dispensing data, and was calculated as a total standardised daily dose (TSDD). Diagnosis of both dementia and Alzheimer’s disease in the participants was assessed using standard diagnostic criteria. The results of the study demonstrated that 797 patients (23.2%) were found to have developed dementia over time. The study reported a 10-year cumulative dose-response relationship for dementia and Alzheimer’s disease in the study population. The overall conclusions of the study were that use of anticholinergic drugs over time is associated with an increase in the risk of dementia. The results were observed consistently across various subclasses of anticholinergic drugs, though an increase in risk was observed in participants using antihistamines and bladder antimuscarinics; those patients who were prescribed the antidepressants had a lesser risk, comparatively.

This has the potential for far-reaching implications, since many medications have anticholinergic effects (both intended and secondary effects). The authors suggest that efforts should be made to increase awareness among health care professionals and older adults of the risks associated with continued use of these types of medications. While the study assessed the use of anticholinergics in older adults, the risks could potentially affect the population at any age; since the results show a cumulative increased risk, use of these medications at a younger age could potentially cause greater risk.

While the mechanisms behind the increased risk are unknown, it is thought that continued use of anticholinergic drugs causes pathologic alterations in the brain, as is seen in patients with Alzheimer’s disease.