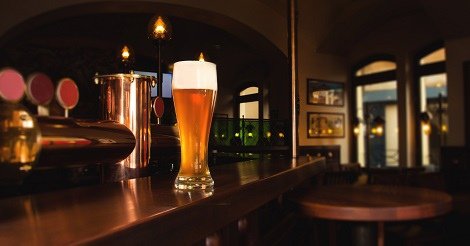 A Danish study looking at increased alcohol intake over a five-year period supports prior research showing the relationship to breast cancer, heart disease and all-cause mortality

Over the past few decades, many studies have looked at the impact of alcohol consumption on various illnesses and health outcomes. Among these are studies showing correlations between increased intake of alcohol and an increased risk of breast cancer.  Conversely, other studies have shown that the risk of heart disease decreases among light to moderate drinkers compared with abstainers. In addition, the relationship between alcohol consumption and mortality from all causes has been shown to vary depending on the amount of alcohol consumed. In fact, alcohol may have a protective effect when consumed in light to moderate quantities; mortality rates for these individuals appear to be lower than for either abstainers or heavy drinkers.

However, most of these past studies were conducted over short periods or at specific points in time following disease incidence, and thus are potentially susceptible to bias due to confounding factors.

Scientists in Denmark therefore sought to confirm the accuracy of the correlations shown by earlier research through a study looking at the impact of changing and stable patterns of alcohol intake over a period of five years among a cohort of approximately 21,000 Danish postmenopausal women.

Participants completed a first examination and questionnaire at some point during the 1993-1998 period, and a second one about five years later during the 1999-2003 period. At both examination periods, information about lifestyle, health, and diet – including alcohol consumption – were recorded. This information was used to classify participants as having either stable, increased, or decreased alcohol intake over the five-year period.Following the second examination period, health outcomes of the participants were then tracked for approximately 10 to 11 years.

The results obtained were consistent with results suggested by earlier studies.  The Danish study showed that postmenopausal women who increased their alcohol intake over the five-year period by 7 to 14 drinks per week subsequently had a higher risk of developing breast cancer than women who maintained a stable alcohol intake.  Conversely, women who increased their alcohol intake by 7 to 14 drinks per week over the five-year period had a decreased risk of coronary heart disease. Interestingly, the data did not show any significant change in the risk of either breast cancer or heart disease when alcohol consumption was decreased.

Concerning mortality from all causes, the results again tended to confirm earlier research.  The Danish study indicated that women who started with a moderate or high level of alcohol intake (7-13 or 14-20 drinks per week) but changed to either a low intake or a heavy intake (less than 7 or more than 21 drinks per week) had a higher overall risk of death compared with women who maintained a moderate or high level of alcohol consumption throughout the study.