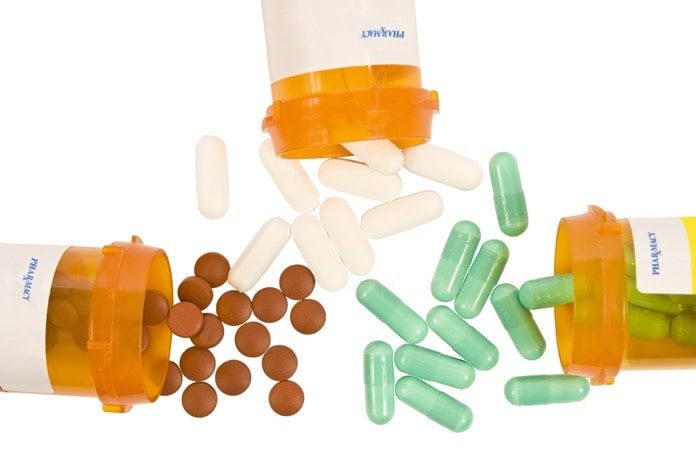 A recent study looked at the composition of commercial medications to raise awareness about the effects of inactive ingredients in medicine.

Upon receiving prescription medication, it is easy to just desire the relieving effects of the drug without paying attention to its ingredients. However, while pills might look plain and simple on the surface, their composition can be very complex and contain many different substances. The inactive ingredients in medicines might come with unwanted effects.

While the inactive ingredients do not have therapeutic effects, they might function to facilitate absorption, improve taste, appearance and the stability of a drug. When designing a new drug, a manufacturer can choose from thousands of inactive ingredients that are safe for use in the population.

Adverse events can appear as allergic reactions or as intolerances. Allergies are mediated by the immune system and can produce respiratory symptoms, hives, and anaphylaxis in more severe cases. Intolerances to inactive ingredients are due to malabsorption and cause intestinal symptoms. While intolerances come with lighter symptoms than allergies, they might affect a much larger number of people and interfere with their well-being.

Research is raising awareness on dangers linked to inactive ingredients

A recent study analyzed the composition of drugs commercially available focusing on the inactive ingredients. The researchers hoped to find evidence that could help raise awareness about the potential dangers of these substances. Their results are published in Science Translational Medicine.

The scientists looked for information related to drugs in online databases. An analysis of drug composition using the German database “Gelbe liste” revealed how more than half the mass of a tablet or capsule consists of inactive ingredients. The intake of inactive ingredients might be particularly relevant in older patients.

A study reported that almost 40% of Americans aged 65 years or more take more than five medications every day. Data from database Pillbox highlighted the variability in drug composition. The researchers found that for every active ingredient there is an average of more than 23 combinations of inactive ingredients in drugs commercially available.

Most medications contain inactive ingredients that can trigger adverse reactions

The study then focused on the inactive ingredients that cause allergies. Strikingly, almost 93% of drugs taken orally contain at least one allergen such as lactose, peanut oil, or chemical dyes. In many cases, a formulation that does not contain a single potential allergen for a given active ingredient does not exist.

Lactose intolerance affects approximately 75% of the world population, yet almost 45% of prescriptions contain this sugar. Lactose belongs to the FODMAPs family of sugars, which cause intestinal symptoms in patients with irritable bowel syndrome. Medications might also contain inactive ingredients that can cause severe reactions such as peanut oil. In these cases, the manufacturer will include warning labels. However, for some of these medications such as the hormone progesterone, a formulation without peanut oil does not exist, limiting the therapeutic options of patients.

It is necessary to conduct further studies to determine specific amounts of inactive ingredients in medications. In the future, this would allow for the development of therapies tailored to the specific needs of patients.