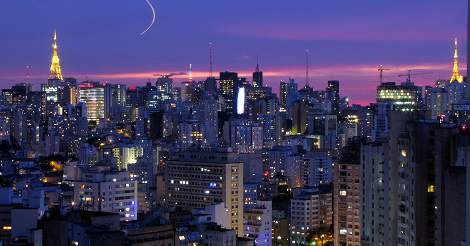 Study reports that mortality can be reduced by 20% in urban areas if urban planners and residents complied with international recommendations for physical activity and exposure to pollution, noise, and heat.

By 2050, it has been projected that almost 70% of people globally will reside in an urban area. While urban areas facilitate innovation, social interaction, and easy access to goods and services, residents lack green space, are often sedentary, and exposed to high levels of air pollution, noise, and heat. These factors contribute negatively to health and increase overall mortality. Physical inactivity and air pollution have been estimated to cause over 5 million deaths globally, and 40% of Europeans are exposed to noise levels above the international recommended threshold. In a study published in the journal Environmental Health Perspectives, a group of researchers estimated the impact of meeting international recommendations for physical activity, air pollution, heat, noise, and access to green spaces on mortality.

Pollution: Annual mean particulate matter with a diameter of 2.5 micrometers (PM2.5) should not exceed 10ug/m3.

Heat: no guidelines, but increasing green spaces, reducing traffic and impermeable spaces like buildings, may cool cities by 4°C in the summer months.

Green Spaces: ‘Access to a green space’ is defined as living 300 metres of a green space greater than or equal to 0.5 hectares.

Barcelona, Spain, is a highly populated urban centre that experiences some of the highest pollution and noise levels in Europe. The researchers conducted a quantitative health impact assessment (HIA) on the relationship between exposure and mortality, using 2012 data from approximately 1.3 million residents. The tool UTOPHIA, or Urban Transport Planning Health Impact Assessment, was developed to analyze the impact of urban environment exposure levels on mortality, incorporating recommended exposure levels, difference in current and recommended exposure levels, relative risk, the association between exposure and mortality, and population affected.

The data revealed that 70% of adults were physically inactive, and residents were exposed to an average daytime noise of 65 decibels, which is 10 decibels over the recommended level. One-third of the population lived more than 300 metres from a green space and Barcelona summer temperatures were very hot. Using UTOPHIA, the researchers estimated that 2904 natural deaths (20%) could be prevented if residents, as well as urban planners, complied with WHO exposure recommendations. The largest contributor to preventable death was physical inactivity, followed by air pollution, traffic noise, and heat. Green space accessibility, surprisingly, had little impact on mortality. In the case that international recommendations are followed, it was estimated that residents could live on average 360 days longer, saving 9.3 billion Euros annually in health-related costs.

This study was the first to quantify the effects of urban and transport exposure with mortality, and demonstrates the significant health impact of non-compliance to urban environment exposure levels. When planning, urban and transport planners should consider alternative strategies such as public transportation and active transport (walking or cycling), as well as non-heat radiating green infrastructure combined with a reduction of motor traffic to reduce heat, air, and noise pollution. If international recommendations are better followed, planners have the potential to improve environment quality and public health benefits simultaneously.