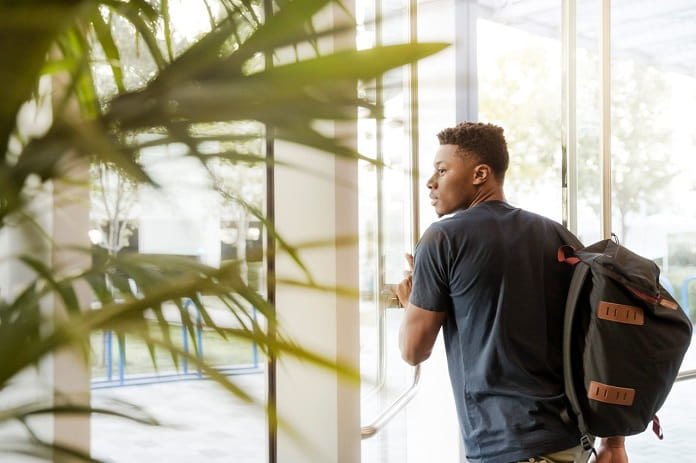 British researchers recently investigated the impact of academic and non-academic stressors on mental health in university students and identified social identity factors that may help with stress.

Adolescence and early adulthood are two life stages in which individuals are believed to be most at risk for the onset of mental disorders. This life stage is concurrent with entry into post-secondary education and exposure to associated stressors which are financial, academic, and social in nature.

While university-related stressors are moderate predictors of experiencing depression, general life stressors have been identified as more significant determinants of depressive symptoms; evidence shows that relationship stressors are the most common source of stress reported by university students. Other reported stressors were high expectations from oneself and others and lacking important coping resources like time, sleep, support, and money.

The Social Cure Model of Health

The Social Cure Model of health specifies that the bonding of an individual to a social group and subsequently incorporating the group into his or her sense of self through the process of social identification leads to the group becoming a psychological resource which improves the individual’s health directly and indirectly.

Bonding to groups that are positive and successful fosters positive emotions and enhances a person’s sense of self-worth. Having a social identity is central to a person’s psychological health and well-being. Social identity has been shown to directly affect symptoms of mental illness (like depression, anxiety, and post-traumatic stress) and part of the connection between having a social identity and improvements in mental health can be explained by the notion that being a part of social groups promotes more positive self-attributions, making social identities a valuable psychological resource.

What variables are associated with poor mental health?

British researchers recently set out to detail the prevalence of mental distress in a student population and assess a diverse set of variables known to be associated with poor mental health, including social determinants (academic stressors like performance and assessment stress), social connection and background variables (such as childhood deprivation and maltreatment). They also looked at additional stressors with relevance to young university students, such as cyberbullying, financial stress, and poor living conditions.

They examined the stressors in the context of three different mental health symptoms that are common among young adults: depression, anxiety, and paranoia. The authors also tested whether individuals’ identification with relevant social groups in the university setting could serve as a psychosocial resource to reduce symptom risk and sought to identify the mechanisms by which social groups may lead to improved mental health. Their findings were recently published in the Journal of Mental Health.

In October 2016, researchers conducted a comprehensive mental health survey of students across three faculties of a large university in northern England (Health and Life Sciences, Humanities and Social Sciences, and Science and Engineering). A total of 1135 students completed the online survey that collected measures on the following variables: academic stress, relative performance (a measure of how well students were performing relative to peers and their own expectations), loneliness, social identity, living conditions, financial worry, perceived discrimination, cyber victimization, childhood disadvantage and maltreatment and self-harm. The survey consisted of adaptations and abbreviations of various existing scales used to measure each of the previously identified variables, such as the Academic Stress Scale and the Academic Expectations Stress Inventory. The three mental health symptoms were also assessed with modified existing scales.

The study’s findings suggest that academic stressors can be taxing on psychological resources and that students run a high risk of experiencing mental health issues. Survey results highlighted high rates of mental distress in the study population with especially high rates of clinically severe anxiety and depression. Suicidal thoughts were reported by one-fifth of the students and 2% reported a determined suicide attempt. The social determinants, or academic stressors, accounted for nearly half of the variance in both depression and anxiety and over a third of the variance in paranoia. Assessment stress and relative performance were most predictive of mental distress.

Other factors that contributed to poor mental health included childhood adversity, economic deprivation, discrimination, and loneliness. Loneliness consistently came up as the strongest predictor of poor mental health. Analyses of the social identity variables indicated that “university friends” was the most important group to identify with in order to protect against depression, anxiety, and paranoia. Further analyses confirmed that identifying with university friends decreased feelings of loneliness, thereby decreasing the symptoms of depression, anxiety, and paranoia. These findings are consistent with existing evidence on social cure models of mental health.

Observed relationships may be due to other factors

One study limitation is the cross-sectional nature of the data; the observed relationships may be due to other factors at play (i.e. academic stress may lead to an inability to study, leading to more stress). Additionally, the sample population was obtained from a single British university; as such the results may not be generalizable to all student populations. Lastly, anxiety and depression measures were assessed over a two-week period, meaning the impact of stressors on chronic mental health conditions were not assessed.

The authors indicate that this evidence may be used by universities to enhance current social connection programs to achieve improvements in student mental health, and this may be done by increasing awareness of the importance of social groups and by facilitating the creation of social events and communities of interest, with a focus on smaller group connections (i.e. seminar groups; degree groups).

Stress reduction relating to assessment and performance would also be beneficial to students and universities; these may take the form of study groups which would provide opportunities for students to connect with others facing similar academic demands.