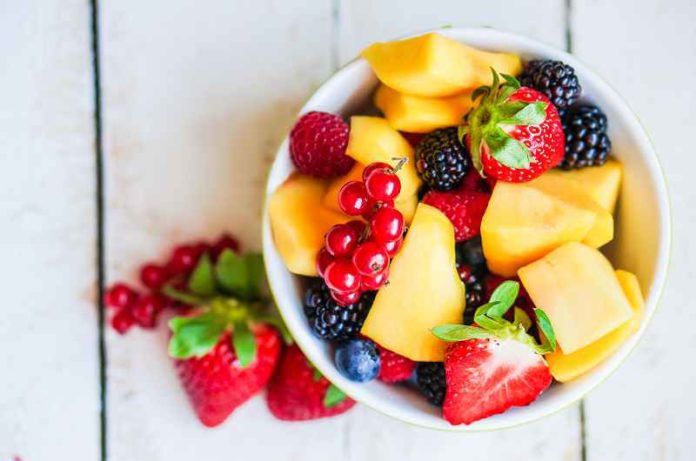 Lifestyle modifications and following a healthy, nutritious diet have a significant impact on the progression and treatment of diabetes. A new lead study by scientists in Singapore and United States (US) revealed that variations in glycemic index (GI) values and phytochemical components in temperate fruit (apples) were associated with a lower risk of type 2 diabetes mellitus (T2DM) in women, whereas banana fruit with high dietary GI was associated with a higher diabetes risk in men.

Type 2 diabetes mellitus (T2DM) is a metabolic disease associated with abnormal insulin function, leading to fluctuating blood glucose levels over the long-term, which causes the onset of various complications. Most commonly, changes in lifestyle habits and nutritional diet reduce the risk of T2DM. Especially, dietary effect on blood glucose (glycemic index: GI), fruit fiber intake and specific flavonoids have been postulated to affect T2DM. Most of the reported studies looking at the impact of fruit consumption on T2DM risk were observed to be inconsistent. Therefore, a large, prospective cohort study in this direction was carried out in an Asian population by van Dam and his team at the National University Health System, Singapore. The key findings on the influence of total or different types of fruit (temperate, subtropical, and tropical) consumption on T2DM risk was published in the American Journal of Clinical Nutrition, 2017.

The Singapore Chinese Health Study included subjects (n= 494,741) from 1993 to 2010 with no history of diabetes, cancer, or cardiovascular disease. Researchers assessed the fruit consumption in subjects by using validated questionnaires, and diagnosed T2DM at two intervals: follow-up 1 (1999–2004) and follow-up 2 (2006–2010). Later, impact of fruit consumption on diabetes risk was estimated by Hazard Ratio (HRs) and 95% confidence interval (CI) using the Cox proportional hazards regression. Furthermore, individual fruit intake was grouped based on the fruit’s GI value to determine whether differences in the quality of carbohydrates in fruit may influence T2DM risk. Based on juice sales, T2DM risk was also evaluated with the substitution of whole fruit intake or with juice intake.

Among 5207 cases reported to have T2DM from 1993 to 2010, 42.2% (n=2195) of the cases were constituted by men and 57.9% (n=3012) were women. Interestingly, after the adjustment of lifestyle and dietary factors, total whole fruit consumption was associated with 1.33 times higher T2DM risk in men who ate more than 3 servings a day compared to those who ate less than one serving of fruit per week. In women, there was a decrease in the risk of T2DM for those who consumed more than 3 servings a day, in comparison to less than 1 a week. In men, at least one serving a day of higher-glycemic fruit like bananas was observed to cause a 1.51 fold increased risk for T2DM, in comparison to men who rarely ate fruits with a high- GI. In women, this association was not seen because of the variation in insulin sensitivity and glycemic values. In women, the consumption of temperate fruit, but not of subtropical or tropical fruit was significantly associated with a 0.79 fold lower T2DM risk for one serving a day compared to rarely. In addition, consumption of grapes was observed to be associated with lower risk of T2DM, while fruit juice was associated with a higher T2DM risk, which was independent of sex. Therefore, fruit consumption has a significant impact on the risk of T2DM.

In summary, T2DM risk not only depends on fruit consumption but also differs by the kind of fruit taken and partly modified by sex. More importantly, differences in GI values and phytochemical components of fruit indicated consumption of tropical or higher-GI fruit like bananas were linked to a higher T2DM risk in men, while consumption of temperate fruit such as apples showed a lower risk of T2DM in women. In addition, fruits with lower GI like grapes or tangerines were found to be associated with decreased risk of T2DM onset. The study’s limitations included the possibility of improper measurement of fruit consumption, the effect of different types of juice consumption on health status, the lack of consideration of residual factors for the probable associations, results obtained from multiple sources of fruit and generalization of the results to other ethnic groups. Therefore, intake of whole fruit with lower GI indexes would be the recommended health measure that would help in decreasing the risk of T2DM onset.