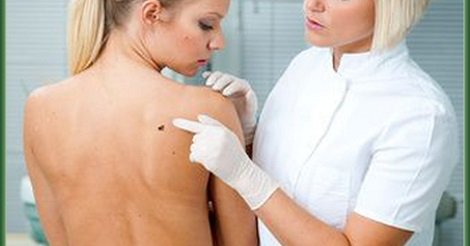 A new study has examined the long-term durability of new PD-1 blockade therapy for melanoma cancers. It was determined that, although therapy is continued, there is an immune-mediated selection and tumour outgrowth, suggesting that there are acquired mutations in the genes affecting the pathways in genetic regulation.

On July 13th, 2016 an article was released in the New England Journal of Medicine online, publishing a study out of the University of California that strived to determine the genetic mechanisms of acquired resistance to a type of melanoma cancer treatment, known as PD-1 blockade therapy. Anti-programmed death 1 (PD-1) therapy is a type of immunotherapy for metastatic melanoma cancer. PD-1 is “programmed cell death protein 1”, a gene protein in humans that is a surface cell receptor in the immunoglobulin family, which promotes cancer by downregulating the immune system through inhibition of T cell activation. The class of drugs for PD-1 inhibitors are designed to activate the immune system to attack tumours. It is typically considered a ‘durable’ type of treatment, lasting for years. 75% of cases treated by PD-1 therapy are considered durable, but about 25% have delayed relapses after the initial melanoma tumour regression, even with continuous therapy. Beyond the established link between the immune system gene response and melanoma cancers, mechanisms (genetic mechanisms and possible immune mechanisms) behind this melanoma tumour recurrence are currently not understood very well. The PD-1 blockage therapy drug used in this study was pembrolizumab.

The researchers for this study analysed biopsy samples from initial & relapsing tumours in four patients with metastatic melanoma who had originally been responsive to treatment. They had to meet three criteria to be considered eligible for the study. The first was tumour analysis; tumours were assessed at 12 weeks after treatment, and relapse was confirmed four weeks after that. Patients were assessed by imaging every 12 weeks from there on out. Second, the patients in the study had to have a recurrence in their lesions or have new lesions develop, despite continuous medication (PD-1 blockade therapy, pembrolizumab) for a period of 6 months or greater. Third, patients needed to have adequate biopsies to allow for the researchers to extract gene sequences in an attempt to establish cell lines. These three stringent criteria give this study very good validity; however, the resulting small cohort of participants could be seen as a limitation.

The average time to relapse was 419 to 888 days. Baseline samples were gathered prior to drug treatment start date. Tumour growth was established as initially being very responsive to treatment and regressing quickly, then having remission for some time, and finally resulting in rapid late progression of melanoma tumours. Researchers, therefore, concluded that these relapses were a result of immune-mediated selection and tumour outgrowth. This suggests that there are acquired mutations in genes affecting gene regulation pathways, which allow for acquired resistance to the PD-1 blockade therapy. It is a genetic alteration of immune resistance pathways.

With the recent approval of the PD-1 blockade therapies for the treatment of melanomas and other cancers, it is likely that the cases of relapsing tumours will increase. It is, therefore, important for the medical community, and patients, to be aware of the relapsing risks. Understanding these pathways and genetic implications will allow researchers and physicians alike to consider combination therapies and/or preventative measures. From a research standpoint, the groundwork has been laid to allow for further investigation into the genetic pathways of mutated (cancerous) cells, which could lead to better understanding and thus better medication treatment options.