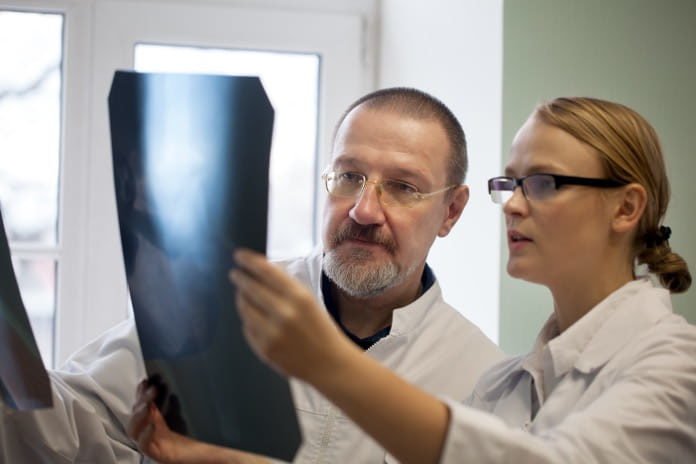 In a recent study, the researchers designed a PEG-based hydrogel that adhered to the exposed tissue and fracture surface and delivered an antimicrobial enzyme lysostaphin to the infected implant in femoral fractures in mouse models. This hydrogel had dual advantages: it released lysostaphin in response to local cell-based enzymes and simultaneously biodegraded during the tissue repair without the need for surgical retrieval. The researchers used multiple experimental approaches to evaluate the activity, stability, and release of lysostaphin encapsulated in the hydrogel. The findings of this study were published in Proceedings of the National Academy of Sciences (PNAS).

An enzyme activity assay showed that the hydrogel maintained lysostaphin activity for more than a period of two weeks. Injectable lysostaphin-delivering hydrogel showed greater activity in clearing the bacteria from infected implants and fractures as compared to the prophylactic antibiotic treatment. It also facilitated fracture repair and restored a sterile inflammatory environment in mouse models. The results of the study also established that lysostaphin delivering hydrogels are effective against antibiotic-resistant infections.

This lysostaphin delivering platform could be used as effectively for preventing and treating implant infections. This study raises an interesting aspect of whether this hydrogel approach might be used to solve the problem of recurrent infections in total joint arthroplasties and fracture fixation devices.