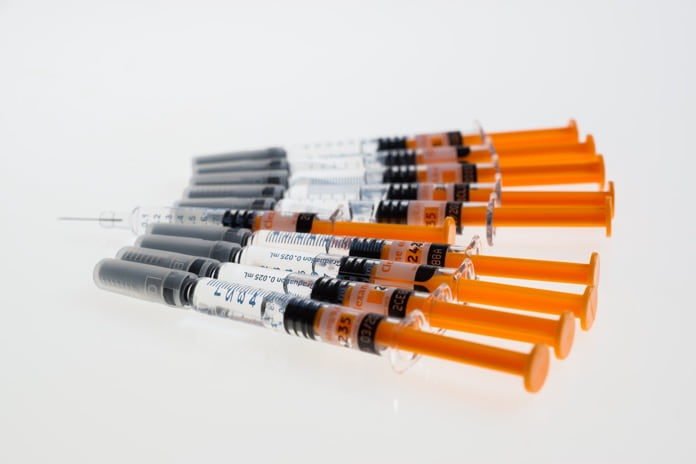 Researchers implanted a hyaluronic acid hydrogel into the site of an intervertebral disc injury to see if it reduced the level of pain.

The role of hyaluronic acid in lower back pain

After an intervertebral disc injury, hyaluronic acid, a natural component of the disc, breaks down into a smaller version of itself. This breakdown can also occur gradually over time through the process of ageing.

Hyaluronic acid has several important roles within the intervertebral disc. These roles include providing a scaffold for the normal structure of the disc and interacting with several proteins and receptors to promote the day-to-day healthy activities of the cells. The smaller version of hyaluronic acid is unable to continue in this role, and as a result, mediators of inflammation and pain are released which contribute to the pain of the intervertebral disc.

Hyaluronic acid is found everywhere within the body. It is well known to scientists that when an injury occurs, hyaluronic acid breaks down and contributes to ongoing inflammation and pain. This knowledge has been used in the past to develop treatments for conditions such as osteoarthritis, whereby the injection of hyaluronic acid can relieve symptoms. Using this information, a group of researchers from Ireland and Japan sought to determine whether a hyaluronic acid hydrogel could be used to alleviate pain following intervertebral disc injury, and published their findings in Science Advances.

To test the theory, the researchers developed a model of pain in rats by puncturing an intervertebral disc. Through a series of testing, they determined that the model was equivalent enough to mimic intervertebral disc injury in people to be used in their investigation.

They divided the rats into two groups: those that received a hyaluronic acid hydrogel treatment and those that did not. The treatment consisted of implanting the hydrogel right at the site of injury at the time that the puncture occurred.

Following implantation, they monitored the rats for 29 days. During this time, they tested the rats for responses to known stimuli of pain. They assessed the level of inflammatory and pain mediators at the site of the intervertebral disc injury at the end of the study.

The researchers suggest that hyaluronic acid has the potential to be used as a therapy for people with back pain from an intervertebral disc injury. Further development of the hyaluronic acid hydrogel by researchers could mean it is eventually available for treatment in the form of an injection.

The limitation of this study is that it was conducted in rats, which have a different distribution of load through their back from walking on four legs rather than two. Therefore, further research is necessary before this type of treatment can be recommended in people. However, the possibility that pain relief from an intervertebral disc injury can be delivered through a simple injection in the back is very enticing.