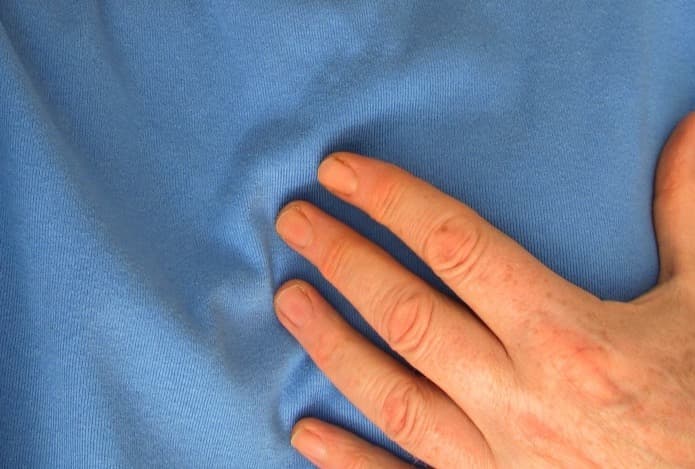 Heart disease and the resulting heart failure is the most common cause of death worldwide. Heart attacks are one of the most devastating moments within heart disease. Heart attacks occur when blood flow to the heart is temporarily restricted. This causes heart muscle cells to die. The more heart muscle cells that die, the greater the risk to the patient. A new heart attack treatment would, therefore, have the potential to save many lives.

Many drugs have been developed in laboratories that seemed to prevent the death of heart muscle cells in a heart attack. Unfortunately, none of these drugs worked once they were tested in clinical trials. A large group of researchers in the US and the UK have been testing drugs using a new approach that they hope will be more successful. They recently published their results in the journal Cell Stem Cell.

Blocking a protein that can kill heart muscle cells

The researchers started by investigating a protein called MAP4K4. They found that this protein is activated in a heart attack. When they used genetic engineering to turn MAP4K4 off, human heart muscle cells were less likely to die.

This genetic approach is not suitable for the treatment of heart attack patients. Instead, the researchers searched for drugs that could block the activity of MAP4K4. They tested almost 2,000 drugs, and found one that seemed to block MAP4K4. They then used computer modeling and chemical techniques to refine the molecular structure of the drug. This resulted in a drug called DMX-5804.

The next step was to test the drug in an animal model of a heart attack. They opted to use mice. To mimic a heart attack, they anesthetized the mice and temporarily restricted blood flow to their heart.

Turning this into a new heart attack treatment

Although DMX-5804 worked in this study, it isn’t easily soluble in water or blood. This means that it had to be given orally. To treat human patients, heart attack drugs must be injected intravenously. This means that there need to be additional chemical modifications to the drug substance. The refined drug will need to be subjected to additional animal testing. It will then need to be tested on actual human patients in clinical trials.

Despite the amount of work remaining, the authors of this study consider this an important breakthrough. They determined that the protein MAP4K4 can cause the death of human heart muscle cells. They also demonstrated that drugs can be developed that will block the activity of this program. Finally, they hope that the use of heart muscle cells grown from human stem cells will be a more effective way of testing drugs before they are trialed on human patients.